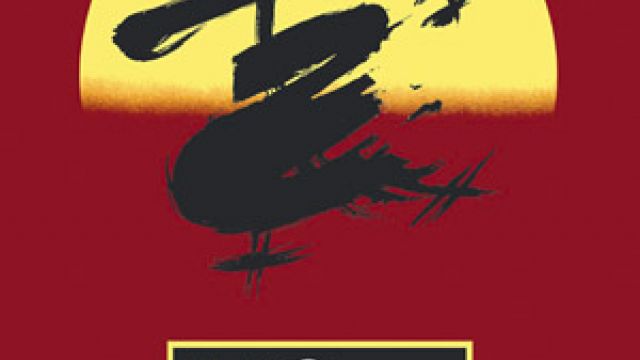 Based on the Puccini opera Madama Butterfly, Miss Saigon is set against the final frenetic days of the Vietnam War in 1975.
CLOC has attracted a cast of 40 from 21 countries (yes including Australia).
The magnificent production featured amazing two storey sets. Also particularly effective, the sound effects made you feel the helicopter was actually flying overhead.
Bianca Baykara gave a first class, emotional performance as Miss Saigon, Kim. She has an excellent voice, a great stage presence and worked well with Mark Doran (Chris).
Mark Doran also gave a professional performance, capturing the young, slightly naive American GI who treated Kim like a lady rather than a prostitute, fell in love with and married her, but returned to America and married a home-town girl. Kim, left behind carrying his child, never forgot him.
Jamie McGuane gave a strong, vigorous performance as the The Engineer, opportunistic and all out for himself no matter what government was in power.
Alana Kiely was Ellen, Chris’s young American wife, prepared to accept Chris’s son Tan into the family, and coping with Chris’s nightmares and trauma. Keily gave a wonderful sympathetic portrayal, showing empathy for Kim.
Toby Truscott gave a good portrayal of Chris’s friend John, who first introduced Chris to Kim. He achieved a convincing transition from a GI out for a good time to a civilian taking on the responsibility of helping correct the troubles, and care for the orphans, that the GI’s left behind in Vietnam.
An amazing and professional production effectively using background film to show the actual mixed race children left behind. A must see show.
Peter Kemp