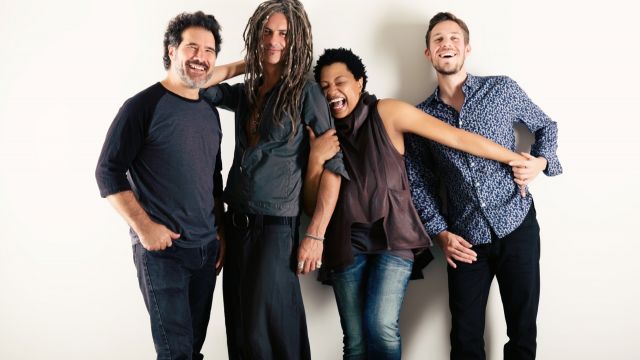 One of the highlights of this year’s Adelaide Cabaret Festival is the legendary Ms Lisa Fischer performing with the band Grand Baton. Both are individually well known, having successfully collaborated with other major artists such as the Rolling Stones and Louis Vega. When performing together, however, they are known for creating musical magic, their individual artistry complementing each other and working harmoniously as one.

On a brightly lit stage in the Dunstan Playhouse Ms Lisa Fischer and Grand Baton performed a tightly-knit selection of ‘standards’ from the world of pop, jazz, blues, soul, R & B, funk and opera. The range alone of presented songs was extraordinary – as was the unique delivery of each song. 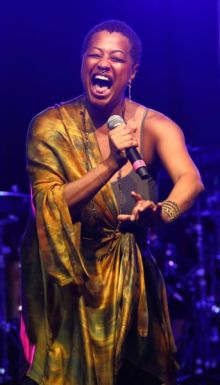 Two songs in particular, however, exemplify the extraordinary range, talent and skill of Lisa Fischer and Grand Baton. These are Led Zeppelin’s “Immigration Song” and “When I am Laid in Earth” from Purcell’s Dido and Aeneas – a modern ‘Heavy Metal’ classic, and a 17th Century opera classic.

“Immigration Song” complemented and climaxed a story told by Lisa Fischer relating to her past and genealogy, and how we are all really connected as human beings though DNA. Rearranged by Grand Baton’s JC Mailard the song was performed as a work of ‘soul’, and was deeply moving. It was like hearing this classic heavy metal number completely new. Brilliant!

Purcell’s “When I am Laid in Earth” is one of the major arias from the world of 17th Century opera. Lisa Fischer performed the song in the context of another story. This story involved her relationship with her teenage mother, and how she feels her mother would like to be remembered. Whilst remaining faithful to Purcell’s melancholy lament the song was done like a ‘blues’ number – and it was truly marvelous and deeply profound.

The performance concluded with another radical reinvention of the Rolling Stones’ “Jumpin’ Jack Flash”, as a piece of funky soul music. This had the audience clapping and cheering, and was a perfect ending for this fabulous performance.

If you are not familiar with Lisa Fischer and Grand Baton then I can only encourage you to get on You Tube and discover the brilliant radiance of these wonderful American music artists.

Thank you to Julia Zemerio and her team for bringing Ms Lisa Fischer and Grand Baton to this year’s Adelaide Cabaret Festival.