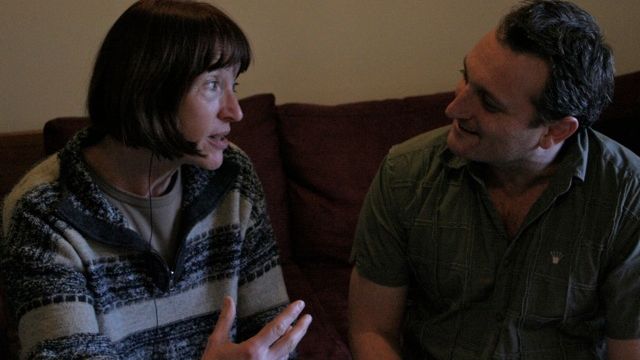 Sex, Lies and a Faustian phallusy

What happens when Mephistopheles franchises his ‘package’ to Australian politics? Do we get Julia Gillard?  Tony Abbott? No, we get Lynden Jones playing a highly anxious, somewhat despondent and very combative non-stand up kinda guy who trades his useless member for a useful career path in politics. We’ve seen many riffs on the Faust Tale and but there’s not much new here at the New.

Disappointingly too many scenes add little to what may have been demonstrated in one, the set that looks like a garage sale and the lighting and sound do little to enhancement of the drama.

On the upside; witty dialogue, insights into a topical subject and a capable and professional ensemble of actors make The New Deal an enjoyable 85 minute spotlight on the human condition.

Stand outs in the cast are Alastair Buchanan playing four characters and perfectly embodying the voice and physicality of each. Catherine Hollyman delivers a truly succulent temptress, Kate Buchanan shines as a brittle TV Journo, Christopher Miller is a charming intern from hell speaking in tongues of verse and Lynden Jones convincingly leads us along Alex Simmons decent into his very own moral and physical hell.

This play is one of many in the Sydney Fringe and ran for just a hand-full of performances at the New Theatre. One of the issues with Fringe shows is that they don’t run long enough to build effective word of mouth. The shows I have attended have had disappointingly low audience numbers relative to the quality of the theatre on display.

Images: Kate Buchanan and Lynden Jones in The New Deal