One Flew Over The Cuckoo’s Nest 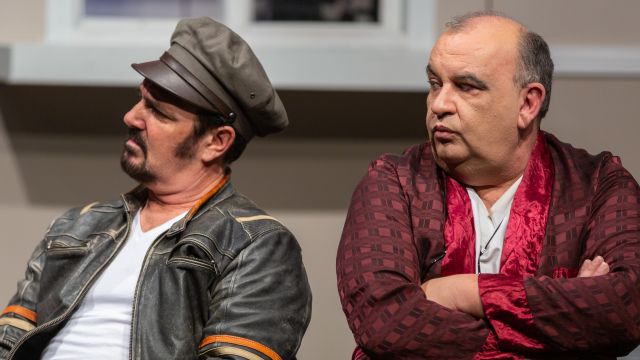 Do you remember the movie of many years ago? Well, this brings it alive before our eyes with a good cast in an absorbing production. It is told through the eyes of Chief Bromden, part Indian, who has been in this mental institution for ten years while pretending to be both deaf and unable to speak. The title comes from the last line of a nursery rhyme he was told as a child. The patients are submitted to depraved, humiliating control by Nurse Ratchet who does not hesitate to use shock treatment or a lobotomy, not to cure but to completely dominate and terrorise the patients of the ward. Then Randle P McMurphy is sentenced to the ward, which he believes is better than doing hard physical labour. He is brash, confident, likes to gamble and considers himself a” ladies” man.  He revolutionises the patients but the conflict with Nurse Ratchet continues to escalate.

Alex Lanham has directed an over-all strong cast in this interpretation, while moving the actors in the sterile atmosphere of a mental ward. Well done. The role of Randle P McMurphy was played by Shaun King. He brought the necessary strength, together with subtleness and sensitivity, that the part demanded and was crucial to the success of the production. Very well done.  I felt that Cat Shaw, Nurse Ratchet, was not nasty enough to terrorise the patients, the doctor or the other nurse – she was controlling but not dominating. Emile Regano was a convincing Billy Bibbit and John Boyce was a stabilising Dale Harding. The over-all standard of the other performers was quite good indeed. I found the storytelling by Chief Bromden as he stood before us by his recorded thoughts, rather than him speaking, added to the effectiveness of this production. Oh, a little more haste at times would also help.

The Arts Theatre is at the top of its game and this is another production I highly recommend for you to enjoy – and find out what happens.