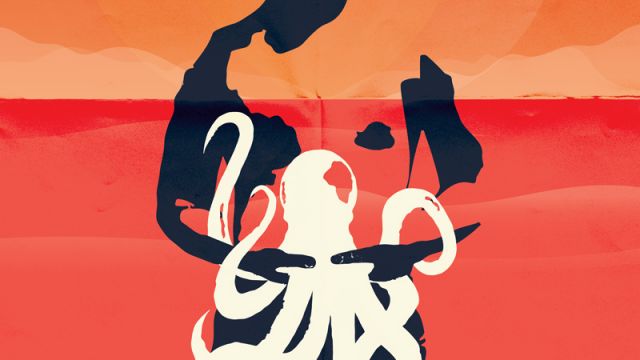 Solo performances are a uniquely risky endeavour. The performer may enjoy freedom from the complications than can come with collaboration, but must also bear the burden of essentially complete responsibility for a successful outcome.

One wishes to applaud the undoubted bravery and integrity that Spencer Scholz has shown in writing and presenting what seems to be a piece of theatre that means a great deal to him personally (whether or not it happens to be autobiographical, either directly or indirectly). It is commendable when an artist takes a chance on communicating and exposing a character’s interior feelings and memories, particularly when they have only the paying punters to bounce off of and to help keep their performance focused and buoyant until the end.

Our Solar System most likely has the potential to make a significant emotional and/or intellectual connection with certain audiences, but this reviewer found the process of making such a connection to be difficult. It feels equally challenging to determine just whether it was Scholz’s performance that presented the most difficulties, or rather the writing – or perhaps some combination of the two.

Presenting himself to us as the image of a once-well-dressed businessman whose slightly-dishevelled look signals his desire to break free and away from the urban jungle, Scholz at first muses on various aspects of modern life, then segues into recounting memories of a time and a place far from his current home…

Thematically, this is potentially rich material, and there are certainly some striking highlights of beautiful scripting and emotional performing, but Our Solar System seems to fall somehow short of achieving either the impact of great drama or the transcendence of sublime poetry. The person Scholz is playing seems at-once just slightly too recessive and too shrill to either seize our full attention or gain our wholehearted sympathy.

The surroundings that Scholz and director Samantha Riley have chosen for the performance are pleasantly organic, and make an appropriate-enough backdrop for the character’s longing to return to a more natural way of living/feeling/thinking. Still, this reviewer finds the wordless images (either still-frame or full-motion trailer) used in the promotion of Our Solar System to be more effective at establishing its physical-and-emotional-mood than what an hour of monologue manages to accomplish.

The writer/performer’s own ‘welcome notes’ emphasise the importance/influence of Colin Thiele’s Storm Boy on Our Solar System, though Scholz admits to caring little for the cinema adaptations. The fact that this reviewer considers the 1976 Storm Boy to be one of the greatest of all cinema artworks is enough to suggest a case of ‘irreconcilable wavelengths’. Storm Boy is a film that communicates much of its emotional impact through imagery and music rather than with language or text. Our Solar System seems aiming to make a similar kind of impact on the emotions, but attempts to do so by essentially leaning on one man and his spoken words to us. It isn’t quite enough.

One senses, on the evidence provided by Our Solar System, that Spencer Scholz may yet have the potential to craft a knockout piece of text, and to give a wholly satisfying performance in the right role. For this reason and more, one looks forward to keeping an eye on the future of Safari Street Creative, since the production of new local works is so necessary for South Australian artists and audiences alike.