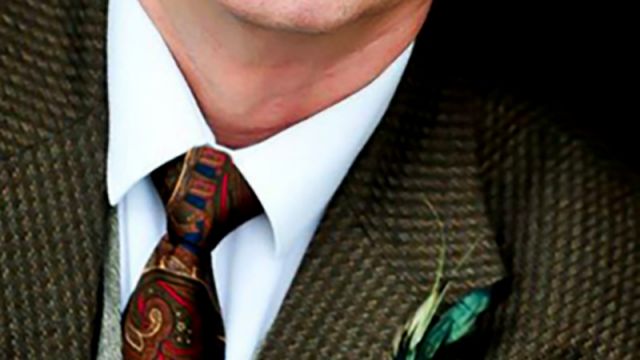 The Professor (Bob Paisley) takes the dais and after a rambling welcome, fumbles through the introduction to his final lecture at the university. He starts precisely with math(s), performing the subject of theatre, moving quickly through dance, extolling the literature of Dickens and punctuating it with Mozart, Bach and one of his own musical compositions. He’s clearly a little unhinged, dipping a toe into the waters of his subjects, but just when you think he’s about to jump in, he switches topic, tempo and timbre.

This is the strength of this monologue, directed tightly by John Clancy on the intimate stage of the Studio theatre. Paisley has so much to say that he confuses his words - though it’s sufficiently verbose that we don’t need to hear every one – he has such enthusiasm for his subjects that you want him to keep distracting himself with increasingly unrelated anecdotes.

The sound and lighting are perfect – simple, unobtrusive, and wonderfully effective in supporting the moments. The set is furnished with a desk and a blackboard, Paisley scraping words with his chalk, as if the conclusion would reveal some wondrous whole. The story meanders towards the promised revelation of something key to Western culture.

And here are the weaknesses of this play by Brian Parks: when our brains are exhausted with his facts and stories, the finale is a puerile and unoriginal joke. Our brains have been expanded to an encyclopaedic balloon and then released to flatulate around ourselves. The postscript is also odd, but at least it ties back to some of his earlier, quirkier conclusions.

As a character piece of a university professor losing his mind, it’s a great delivery of passion and bewilderment; as a play with a statement on education, culture or civilisation itself, it lasts no longer than it takes to wipe the Professor’s blackboard.

There is light here on the nature and consequences of truth, but even that barely lingers in the falling chalk dust. Perhaps that is the point.