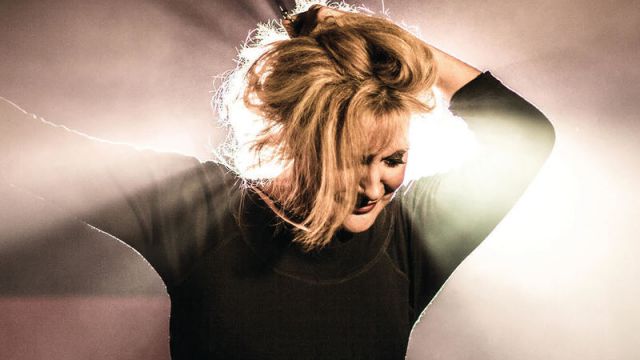 Four decades and 25 albums later, the fire is still burning in legendary artist Renee Geyer and the Spiegeltent was bursting at the seams with a noisy crowd, anticipating her return.

The audience roared as Geyer made her way centre stage with tambourine in hand. Accompanied by a four-piece band, she remarked that she was happy to be back in Adelaide.

In Geyer’s autobiography, released in 2000, she described herself as “a white Hungarian Jew from Australia sounding like a black man from Alabama.” Not a bad description for this sassy woman known for her husky voice.

As the band fired up and the familiar bluesy sounds resonated through the large tent, Geyer’s voice seemed to be lacking the power of yesteryear. Hoping that she just needed to warm her vocals up, I listened with thoughtful anticipation that things would improve.

With only an hour to wow us with her back catalogue, some songs were missed, but the audience perked up when “Heading in the Right Direction” and James Brown’s classic, “It’s a Man’s World” were sung. Not every note was reached, but enough to please die-hard fans. The band had plenty of opportunity to showcase their talents; consisting of keyboards, guitar, bass and drums they lifted the roof with their melodies.

Geyer seemed distant, preferring to chat with the band than the audience. On the odd occasion when she did speak, she made a swipe at a couple dancing. From where I was sitting there seemed to be no connection with the crowd.

Geyer’s smash hit “Say I Love You”was saved for last and the arrangement was nothing like the original song. It lacked a smooth vocal and the soul that I fondly remembered.

I felt that perhaps Geyer’s songs would have fared better with a backing vocalist, but that is not what people paid their money to see.