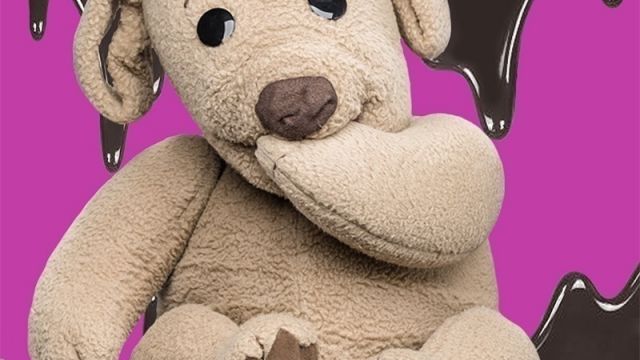 One member of the audience leaned over and said to me on opening night, “Well, with Strassman you always know you’ll get consistency and a good laugh.” Having only ever seen David Strassman on television, I could not talk to the consistency of his show, but it certainly brought a lot of laughs to the full house crowd.

A well-known ventriloquist and talent, David Strassman’s new show The Chocolate Diet certainly sweetened up the audience. It appeared on opening night that the material is quite new and, in a few places Strassman fumbled - cleverly blaming his puppets for the faux pas, but it didn’t seem to faze his adoring fans.

The plot of the show revolves around one of his best loved puppets - Ted E Bare and his quest to try not to eat as much chocolate. His theory is that eating chocolate makes your clothes shrink. Sadly, this poor bear vacillates from emaciated to gigantic throughout the course of the show. A very funny moment is when he realises that, perhaps, he should hibernate for three months and alludes to dear old Adelaide in winter being a ‘dark place’.

Interspersed with the Ted E story are visits by Strassman’s famous entourage of characters. A favourite of mine was Chuck Wood, the insolent foul-mouthed teenager, who truly tells it like it is. We also meet a relatively new character, Grandpa Fred E Bare, who laconically talks of his ability to get seniors discount from his drug dealer.

Other puppets are: Kevin the alien, who, whilst being quite sassy is revealingly wise and evaluates us as a species, noting how we all “crave content but are never content”. Very clever. The Beaver character, Sydney, talks about quitting comedy and he probably should, given the number of terrible dad jokes he tells!

The show has something for every demographic in the audience, but is definitely not a kids’ show. Strassman is a master of his art - so well in sync with his puppets- swapping fluidly between his own voice and theirs. Each character has his own ‘song’ moment and many of the jokes have been localised or comment upon popular culture and politics.

A fun night at the Fringe.