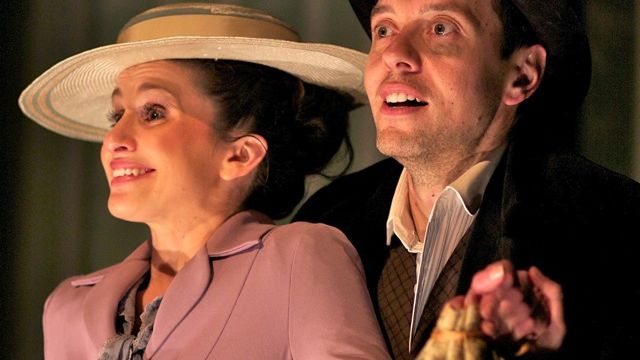 Syncopation just works, and reading through the creative team’s bios in the programme explains why. Writer Allan Knee’s play The Man Who Was Peter Pan inspired the Oscar Award-winning film Finding Neverland, and he is now writing the book for the upcoming Broadway musical of the movie for the Weinstein Company. Director Stephen Lloyd Helper is a Tony® Award-nominated Broadway director and creator of Smokey Joe’s Café, which is among the 30 longest-running musicals of all time. Their experience and skill blend to create this compassionate, funny, and heart-warming story of love lost and found.

But of course a show of such quality doesn’t work without sensational actors. VCA and NIDA-trained Steve Mouzakis and Emma Palmer (respectively) lit up the stage with their performances as Henry and Anna. Their combined dance sequences (choreographed by Mark Hodge and Tracie Morley) were simply beautiful to watch and the shared joy between them and their characters was a pleasure to experience.

Not being able to name everyone who contributed to the production, I must highlight the work of Adrienne Chisholm (Production Designer), Richard Vabre (Lighting Designer), and Darrin Verhagen (Sound Designer). Their combined talents added a further layer of polish to this already impeccable production.