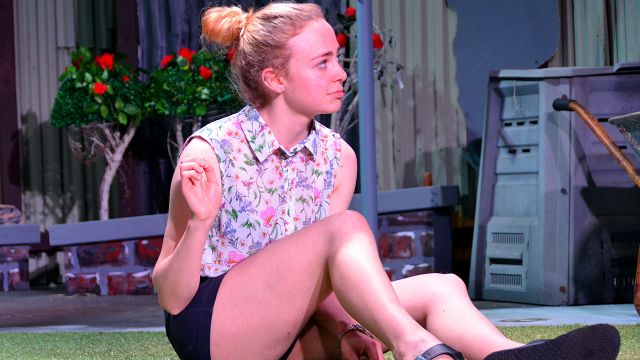 It is so encouraging that St Jude’s Players have chosen to embrace and present high quality, contemporary Australian theatre. Geoff Britain is at the helm of Things I Know To Be True, and having directed the award winning Andrew Bovell play, When The Rain Stops Falling, also for the Players, he has embraced this production with skill and insight.

Bovell, as an Adelaide local, understands his subjects well. Set in Hallett Cove, we meet a working class family who have four vastly different children, each aspiring, and somewhat struggling to be who their parents believe they can be. It is a long play, and is presented over the four seasons of one year. Other than with subtly changing costumes, this is not obvious in this production, but the play  structure is designed to take each one of the children’s narratives as central and each has a rather Shakespearian style soliloquy that allows the audience to share the back story and character’s motivations and deepest thoughts. Bovell talks about this as a story of family love where we see the elements of the children both ‘running away from’ and ‘running to’ their family. 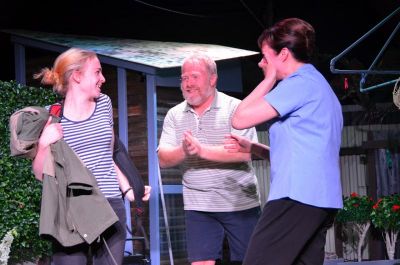 The play opens with an impressively delivered soliloquy from Rosie as the youngest child. Overseas, she has had her heart broken by her serious ‘first love’ and Zanny Edhouse delivers this with passion and vulnerability. In the second act, she again delivers another powerfully written soliloquy that brings the story of the family tragedy (spoiler alert) to the audience. On opening night, this was somewhat too ‘pushed’ leaving the audience more confronted than sympathetic partners in the awful events that the family had to face.

Nicole Rutty as the central character, around who all interactions flow, continues her body of well-respected work. She plays Fran, not as warm and approachable, but rather as an uncompromising, all-controlling mother and wife who carries the whole burden of her family of misfits on her shoulders. She is flinty-eyed and determined in her interactions, unflinching in her determination, happy to tell it how she sees it and believes things to be true.

Tim Williams as the father, Bob Price, shares his vulnerability, courage and warmth by underplaying some challenging scenes and by showing strong familial love and forgiveness, particularly to his daughters, with whom he is close. He is a man who knows that he is his wife’s pawn, but despite him often being emasculated by her, he shows that he loves her unconditionally. His work in the last 15 minutes of the play is particularly powerful. 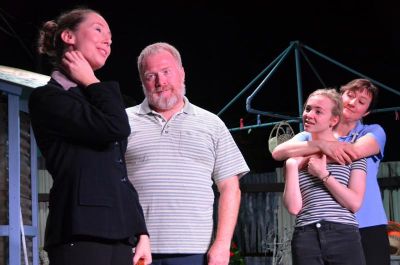 The four children are vastly different from each other and in a role that is challenging and different from much of his previous work, Joshua Coldwell has the least sympathetic role. He skillfully presents us with an unlikeable, ‘jumped up social climber’ at the outset, and is reduced to a visibly broken, crying man in the last act. Cheryl Douglas as Pip, also brings to life a selfish, but struggling woman who commits what her mother believes is the ultimate betrayal, that of abandoning her children. What her mother fails to see is a daughter who craves her respect and who is really modelling herself on her strong, independent mother.

As Mark Price, Leighton Vogt has the most controversial role where he has to face his parents and confront them with wanting to become a totally different person. As Mark, running his hand through his hair whilst pacing, becomes a distracting mannerism. As Mia, he was strongly centered and believable as a newly evolving, different person. 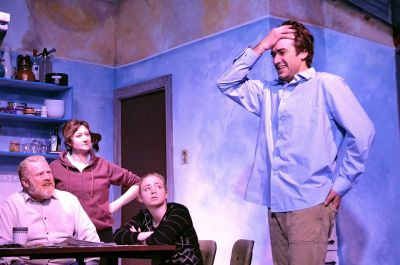 Famous for the clever use of a small stage, the addition of two fore stages has converted the St Jude’s stage into three cleverly designed playing areas. For me, the set was a ‘star’. Designed by Ole Weibkin and painted by him, and four other scenic artists, it is mesmerizing in its detail and support of the story-telling. Whilst the kitchen is very compact and creates some shadow, its design and detail ensures that everything is there for the actors to create a tale of believability. The very ‘Aussie’ mini Hills Hoist is also wonderful, and is well used in the play.

Sound and lighting enhance the play, and the mournful music of Leonard Cohen is used with great effect to link the story.

On opening night, several of the characters used less ‘light and shade’ and more ‘power and push’ in delivering difficult emotional scenes. All six players, however, delivered believable and memorable performances in this very skillfully written and relatable play. This show is high quality Australian theatre.