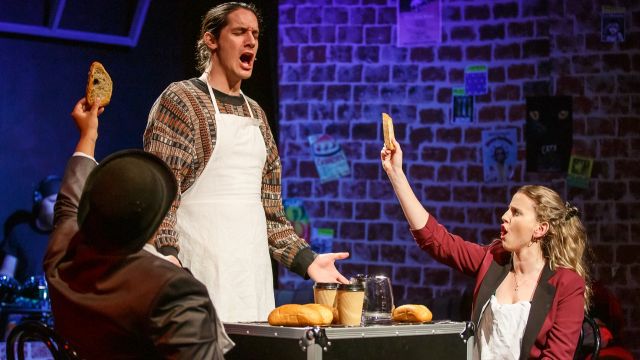 Tick, Tick…Boom! is being presented by Koorliny Arts Centre in its smaller, intimate theatre space. Presented cabaret style, with a thrust stage that juts into the audience space, this venue is a great choice for this three-hander.

Originally written as a rock monologue for Jonathan Larson, this auto-biographical musical tells the story of his disappointment with turning thirty, having yet to achieve success as a composer of musicals - and of the workshop premiere of his well-received but unsuccessful dystopian musical Superbia.

Tick, Tick…Boom! attracted the attention of producers, which eventually lead to the Broadway production of Rent. 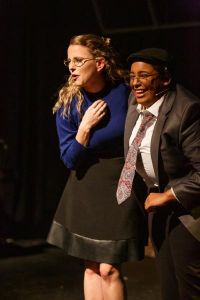 After Larson’s untimely death, Tick, Tick…Boom! was adapted by David Auburn and Stephen Ormuz into its current form, with one actor playing Jon, and the others playing another dozen characters.

Joshua Towns handles the demands of this central character well, on stage almost for the whole show. This is a challenging role, nicely played. Grace Johnson is excellent as girlfriend Susan, transforming well into a myriad of other characters. Cat Perez also shows great versatility, playing best friend Michael and many other roles

Director Taylor Broadley is a lyricist, and perhaps it is this respect for Larson that gives this show the feeling of a warm, and loving extended tribute to a young composer taken too soon. A must-see for lovers of Rent, and for musical theatre fans in general.