Trelawny of the “Wells” by Arthur Wing Pinero 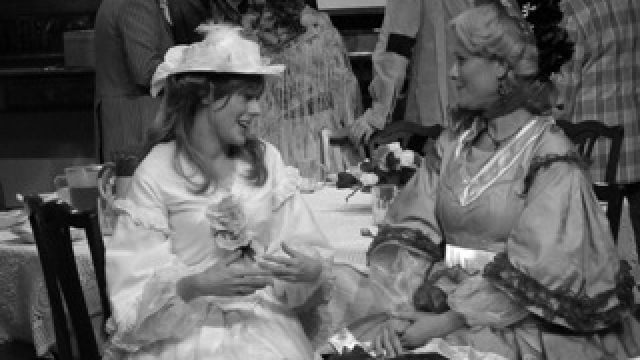 THE sparkling theatrical magic in this warm and funny comedy about the interaction between theatre and life confirmed it as the ideal choice for the opening of Newcastle Theatre Company’s new 147-seat venue.

The magic is in two interwoven strands. There is the pleasure of seeing an excellent cast reveal the heartfelt desires and idiosyncratic foibles of a colourful collection of theatre folk and an engrossing behind-the-scenes look at how shows are created.

English playwright Pinero drew on his own experiences as an actor in the 1860s when writing this play in 1898. It looks at naturalism beginning to sweep away the melodramatic staging and performances that dominated British theatre in the first half of the 19th century. 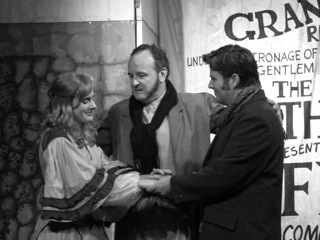 The title character, Rose Trelawny, is a 19-year-old actress beginning to make her name at a fictional equivalent of the Sadlers Wells Theatre. Rose leaves the theatre world when she becomes engaged to the grandson of a knighted judge and moves into the judge’s home so that he can determine whether she is a suitable match for his heir.

Rose tires of the restrictions placed on her in the upper-class house and returns to the theatre. However, she finds that the experience with even a rarefied version of real life has changed her attitude to excessive theatrical gestures.

While it is the extravagance of those gestures that has the audience smiling and laughing when Rose’s stage colleagues gather to farewell her in the opening scene, director Aarne Neeme and the actors bring out the sharp contrast between the over-the-top antics of the theatrical types in the small boarding-house parlour and the dreary silence in the spacious drawing-room of judge Sir William Gower’s home in the next scene. 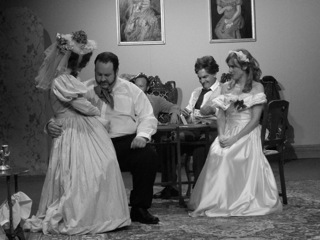