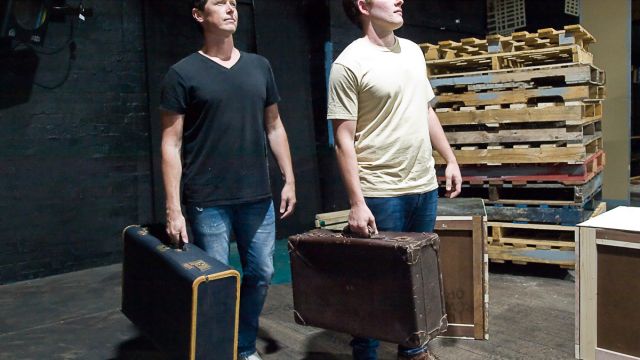 Eddie Carbone (Mark Tregonning) is a down to earth wharfie working hard on the New York docks to provide for his family.  He is dedicated to his wife Beatrice (Catherine Christensen) and her niece Catherine (Ruby Duncan), whom he has raised as his own daughter. The idea of aiding relatives from their home country is portrayed as a genuinely altruistic act which is indicative of the kindness and compassion that the family shows towards each other and their community.

Tregonning expertly captures Eddie’s good nature and natural charm which makes his angry outbursts and refusal to accept the romance that blossoms between Catherine and Rodolpho (Jack Kenny) difficult to fathom. This situation draws out the darker side of his character and slowly transforms him into a menacing and unpredictable persona. Christensen is outstanding as Beatrice. She adds an element of martyrdom to the role which makes her position particularly poignant. Duncan is able to convey the naivety and innocence of Catherine, but she is also able to transform this into decisive rebellion.

The striking stage design is particularly evocative. It effectively locates the story as well as highlighting the grandeur and scale of this gripping drama. While some scene transitions appeared to require some ironing out, this does not detract from an insightful production that offers and array of fine performances.

Images: Two immigrants arrive: Nick Wright as Marco and Jack Kenny as Rodolpho & Eddie agrees for his niece Catherine to accept the job she’s been offered: Ruby Duncan as Catherine, Cathy Christensen as Beatrice and Mark Tregonning as Eddie. 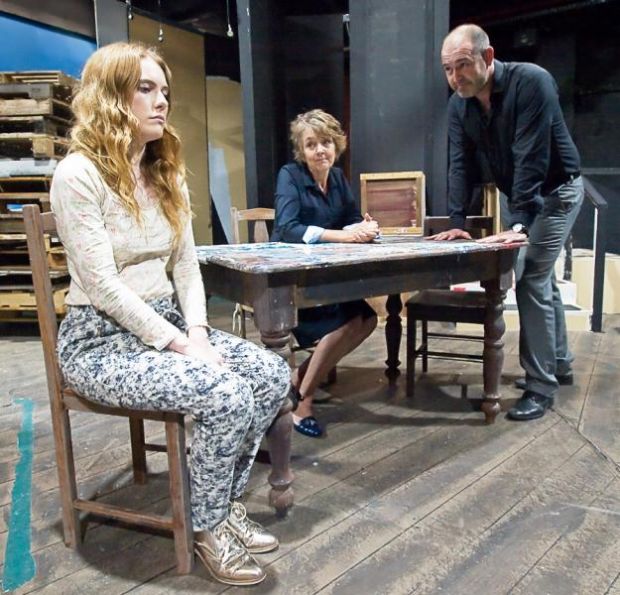