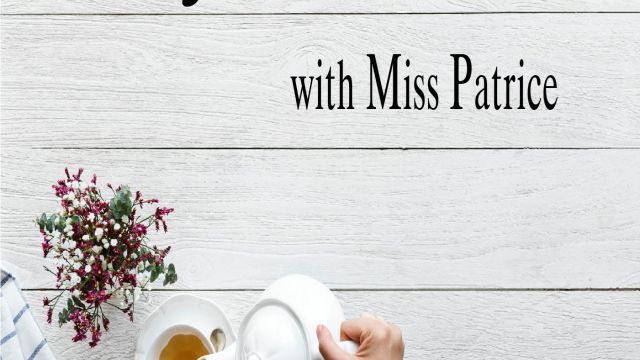 Hello everyone and welcome to my new adventure!  A column in this wonderful little publication. I am beyond excited.

My name is Esmerelda Patrice and I am a teacher in WA. Last year, I was asked to teach a drama class and so I took on the idea of doing the school production as well.

I talked about my triumph in a podcast. Now teachers from all over the world have been writing to me and asking for my advice. After only one production! Clearly, I didn’t realise I was that clever.

So please, ask me questions regarding anything theatrical!

My first letter for today comes from Sydney (I won’t put in names - that wouldn’t be very professional would it). This writer wants to know how he can help his school speed up the audition process and make sure the right people get the right roles.

Well George, when I did my show last year, we had a lot of people turn up and my audition was smooth and efficient. I videoed every auditionee in order to see them later, and if they knew the words to their song, had seen the movie of the musical and could provide their own costume, then I decided they were the right person for the role. Easy really. I don’t see what is terribly hard about it.  But remember to press the record button.

If you want to speed up the process, maybe you could just skip the singing and just ask them have they seen the show, and do they have the costume. That would make things a bit easier wouldn’t it!

My next letter comes from someone in Melbourne who would like to do a production of Les Misérables at their school, but they are concerned that it is an old show. Well my dear, I know exactly how you feel. That is why I suggested to my Principal that we do Les Mis (as I like to call it) but that we modernise it quite a lot and set it in Australia. That way, the set is so much easier and the costumes are easier and I could do what I wanted to do and add some Australian songs into the show. My principal thought it was a little ambitious for my first show, so he said no, but clearly he was taken with the idea. I knew he would be. Go ahead my dear, do the Australian Les Misérables, set it here and make it a wonderful modern hit. I am sure you can do it. I am a firm believer in having the youth of today being involved in the process, so maybe you could ask them what are their favourite songs and see where you can involve them in the show. Easy!

Now, if you would like to ask me a question, and I am sure that there are many, many of you out there who might be stuck on how to make your show relevant or just need a little bit of sparkle added, feel free to write to me and I will do my best to answer you .

I look forward to hearing from you all.

Until next time my dears,

Afternoon tea with Miss Patrice is available for free on Podbean and on Spotify.