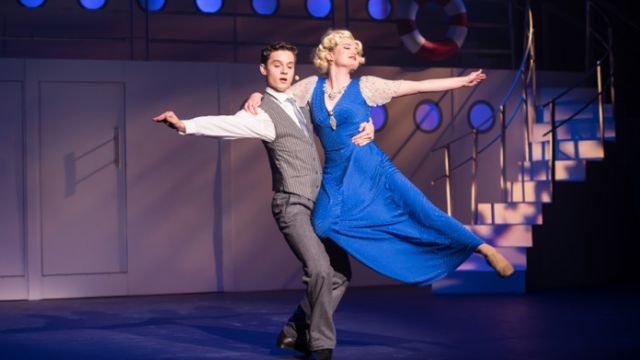 "Delightful, delicious and delovely” - John Curtin College of the Arts’ Senior Musical features students from Years 9-12 in a toe-tapping production that is really is delighting its audiences.

Audiences board the SS American - beautifully presented on three levels by designer Lea Klein, with a talented orchestra, comprised mostly of school students, playing from the uppermost deck. Scene changes are smoothly facilitated by “sailors”, keeping us ‘on board’ with the theme throughout. A big show, filled with the joy of performing, highlights include the fabulous full cast tap performance of the title song, the fabulous “Blow Gabriel Blow” and some stunning individual performances.

Well worth seeing for a glimpse into the future of Australian musical theatre, Anything Goes is dewonderful.