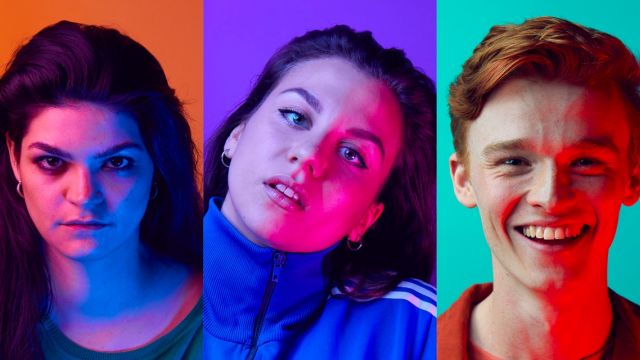 Can teenagers change the world? Playwright Dan Giovannoni thinks so and his play, commissioned by the Melbourne Theatre Company, shows how it can be done.

Stage Whispers: What is title about?

Dan Giovannoni: It is a play about moments and how moments lead to action, and a moment becomes a movement, even a global political movement. The title comes from three incidents - a slap, a bang and a kiss - which begin the play. The incidents in the three young people’s lives that change their lives and can potentially change the world as well.

Dan Giovannoni: The slap is a young woman living in military dictatorship, in this not quite real place. She slaps a soldier who is in control of the place. The bang is the bang of a gun - a shooting in a school. The teenager is in class and someone opens fire. The kiss is a kiss between two teenage boys, who are wanting to set a world record for the longest kiss in a supermarket carpark.

Stage Whispers: How do the stories intersect?

Dan Giovannoni: There are three actors across all the stories - twenty characters across the three stories. They are told simultaneously. The characters never meet but the stories weave in around each other through monologue, and cutting forward to each story, but following a similar trajectory. The stories begin small, but as the ripple effect of their actions goes throughout the world more people are affected.

Stage Whispers: Is that a central theme - how one incident can lead to ripple effect? Dan Giovannoni: It is about the power of people. It is about the power of activism. Particularly the way people, young people, are discredited or underestimated because they are young. Looking at three young characters not jaded by world as adults, their hope is still present and real. In a time where there’s not a lot of hope around, it’s important to have a story that is about hope and credits them.

Stage Whispers: What is the hope of a better future? Of being listened to, or making a difference?

Dan Giovannoni: That you can make a difference - not this other world of people that will change the world. It can be you. I was struck by the youth-led global movements witnessed in the last couple of years. Also going to the past where young people have been agents of change. As they step into the world, they look around and ask, does it have to be like this?

In recent times we’ve seen Greta Thunberg (climate activist) and Emma González (from March for Our Lives) harness the power of young people to the mass gatherings to let adults know they want to change things.

Stage Whispers: Can they change things or is it futile?

Dan Giovannoni: Everything is changeable. There is obviously the responsibility of people to listen to those requesting change. Change is possible all the time. To an extent we get to determine what those changes are.

Stage Whispers: Will the play just appeal to young people or a broader audience?

Dan Giovannoni: There is a tendency for older people to think that plays about teenagers are not for themselves. I think this play has appeal to anyone who has ever been a teenager. Teenagers are portrayed as lazy, mono-linguistic and disengaged. But these are not the teenagers I know, the engaged critical thinkers. Adults will get to see a portrait of teenagers which they don’t normally see.

On Stage at Southbank Theatre, presented by the Melbourne Theatre Company, from May 7 — 23, before touring regional Victoria and Tasmania.