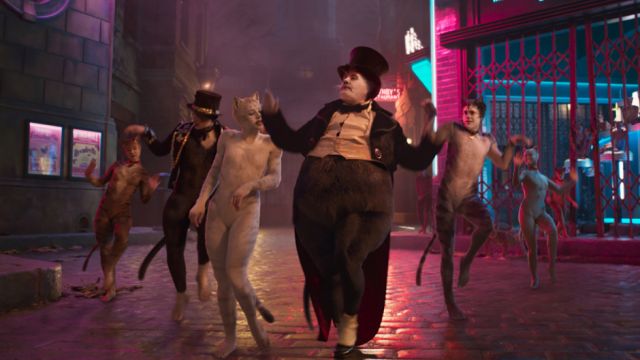 The movie adaptation of Cats has been mauled by critics. The film which opens in Australia on Boxing Day was mocked on-line when the trailer was released,  giving a preview of the digital adaptation of Andrew Lloyd Webber's hit musical.

Major media outlets in the UK and US have been scathing.Less than 20 percent of reviews are positive according to industry website Rotten Tomatoes.

"This uneven eyesore turns out to be every bit the Jellicle catastrophe the haters anticipated, a half-digested hairball of a movie in which Hooper spends too much energy worrying about whether the technology is ready to accommodate his vision and not enough focusing on what millions love about the musical in the first place." Variety.

"Everything feels off, from the scale of the purpose-built set (which makes the cats look more like Borrowers) to the erratic interpretations of its musical numbers. Mungojerrie and Rumpleteazer, in which mischievous cats trash a human house, is joyless and devoid of anarchy. Hudson’s 11th-hour ballad, Memory, feels like a desperate, last-ditch grasp towards something resembling pathos." The Guardian.

"Unless you’re on strong mind-altering substances while you’re watching the film, you will either be baffled or bored by this pseudo-religious nonsense, which was cobbled together by Trevor Nunn for the original stage production in 1981, and which has nothing whatsoever to do with the behaviour of real cats" BBC.

"Let the sheer grinding monotony of Cats stand as a measuring stick for future cinematic takes on Broadway musicals that hope to match its unparalleled, bottom-feeding dreadfulness." Rolling Stone.

"With its grotesque design choices and busy, metronomic editing, “Cats” is as uneasy on the eyes as a Hollywood spectacle can be, tumbling into an uncanny valley between mangy realism and dystopian artifice."  Los Angeles Times.

However all is not lost according to Screenrant.

"The positive reviews – of which there were not many – highlighted the music as something that Cats actually did get right, which makes sense since that was after all was what turned the Broadway show into such a roaring success for so many years. Some critics also appreciate how unashamedly weird Cats is."