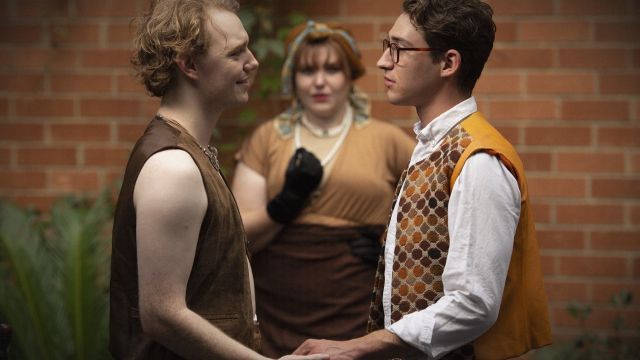 Seductive, intimate and nostalgic – John Michael LaChiusa’s Hello Again explores themes of lust and abandonment, and is a social commentary on how sex transcends time and status. Set in ten different decades throughout the 20th century, the show follows ten characters who pursue each other in a daisy chain of various social classes. Whether it’s the Whore or the Senator, the roaring 20s or the wild 70s – everyone desires to be loved.

The show’s storytelling follows ten archetypes – The Whore, The Soldier, The Nurse, The College Boy, the Young Wife, The Husband, The Young Thing, The Writer, The Actress and The Senator – as they seduce one another, often mistaking lust for love and pleasure for happiness.

Under Jerome Studdy’s direction and choreography, production company Hat Trick promises to transport the audience back in time, making every decade vividly come alive in their own unique dance styles, set and costume designs.

LaChiusa’s imaginative musical is based on the play La Ronde by Arthur Schnitzler, a satire of the Viennese society, which sparked riots after its premiere in 1900, ending in a production ban and obscenity charges.

Hello Again will be performed as the inaugural production of Sydney-based theatre and music company, Hat Trick from February 20-28 2020 at Fusebox (Factory Theatre) in Marrickville.