School of Rock for Brisbane and Sydney 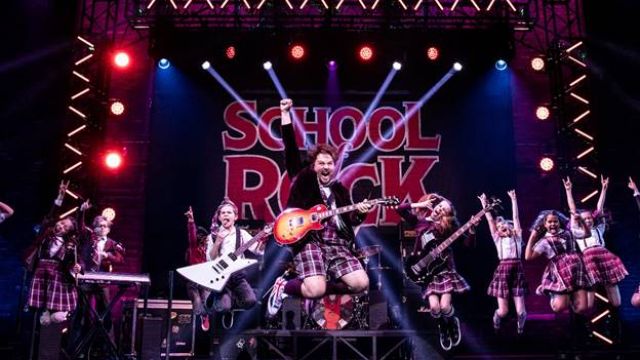 Worldwide Executive Producer, Madeleine Lloyd Webber and producer GWB Entertainment, have announced that following the Melbourne season at Her Majesty’s Theatre, the production will embark on an Asia Pacific tour including a national tour of China as well as seasons in Brisbane at the Lyric Theatre, QPAC from July 2019 and the Capitol Theatre in Sydney from November 2019.

Based on the film starring Jack Black, School of Rock follows Dewey Finn, a wannabe rock star trying to earn some extra cash by posing as a substitute teacher at a prestigious prep school. But Dewey isn’t going to teach his straight-laced students’ algebra or arithmetic, oh no. These kids are going to learn what it takes to become the most awesome rock ‘n’ roll band of all time.

In announcing the Asia Pacific tour, Lady Lloyd Webber said, ‘I had the opportunity to see the new Australian production ahead of its opening and I was truly blown away. This is the fourth production of school of rock to open following Broadway, the west end and the US tour and it absolutely holds its own. The cast is incredible, the band of kids who play their instruments live every night are total professionals.’

After its debut Australian season in Melbourne concludes in 2019, the production opens in Shanghai at the Shanghai Grand Theatre before touring throughout China before returning to Australian shores for the season at QPAC’s Lyric Theatre in Brisbane, followed by the Sydney season at the Capitol Theatre, Sydney

Tickets for both the Sydney and Brisbane seasons go on sale on Friday 9 November at 4pm and can be purchased at schoolofrockmusical.com.au