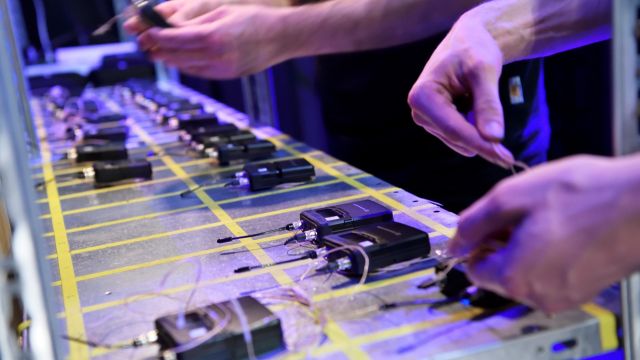 Artie Jones from Factory Sound shares his tips for trouble free use of wireless microphones.

No matter how big or small the stage may be, wireless microphones are the essential first ingredient to help bring an intimate and detailed sound to the audience.

A well-designed system will always make the complex appear simple, and reputable wireless manufacturers have done huge amounts of ‘heavy lifting’ to make the set-up of a clear channel as easy as touching a button (or two)

There’s nothing worse than an unexpected ‘drop out’ of the wireless signal. It leaves the audience disappointed, while often proving to be unsettling for the performers.

For inexperienced operators, there is nothing surprising about wireless interference and drop-outs, if the golden rules of wireless tech haven’t been followed before every show.

It is the most basic rule to follow, and it costs nothing!

With the maturing of wireless microphone technology over the past decade, the process is simple. It involves pressing a button on the wireless receiver (which will normally be placed at side of stage, or at the mixing desk position), allowing it to find the most clear frequency available. Then you simply sync the wireless microphone (or bodypack) to the same frequency, and voila, the system is ready for soundcheck, and the show.

The Number-One cause of wireless interference is failure to follow Rule #1. It doesn’t matter if the wireless system, or systems (more on that later) worked perfectly when you first pulled them out of the box, the fact remains that a scan will be the best way to avoid any problems.

Adhering to Rule #1 when you are dealing with many wireless systems will involve a little more concentration, and large-scale set ups will usually involve a laptop with some kind of Wireless System Manager onboard, to assist with frequency scanning, channel allocation, and monitoring of RF integrity. 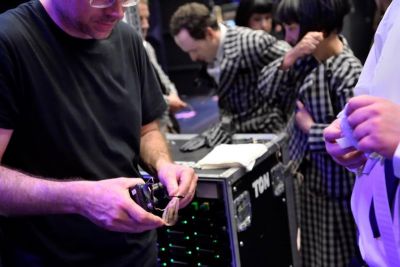 An unfortunate side-effect of having multiple channels of RF running concurrently for a performance is that not only will the active channels have their own frequency signature taking up space in the RF spectrum, but extra nodes in between those frequencies will appear - kind of like a reflection - and this effect of INTERMODULATION will cause, in some cases, interference to your wireless channels.

Reducing the amount of antennas around the stage area will actually decrease the amount of intermodulation, and so a well-designed Antenna Splitter is a great way to maximise the efficiency and effectiveness of any multi-channel wireless system.

Cables and other considerations

Are you using the right cable for antennas? (50ohm, not 75ohm). Are the antennas in the right position? Can you select frequencies for your area that actually minimise the amount of intermodulation?

Managing wireless microphones can seem complicated, but really, follow Rule #1 and follow it often, and when it’s time to expand or refine your system, get in touch with RF specialists for advice.

Oh, and fresh batteries for every show!

LED Shines in New Zealand.
With increasing demand for video content to be incorporated in theatre productions, and the difficulties that... more

In the Spotlight: Clear Systems.
Clear Systems of Melbourne was excited to test out several of the latest LED moving fixtures on the market in big... more