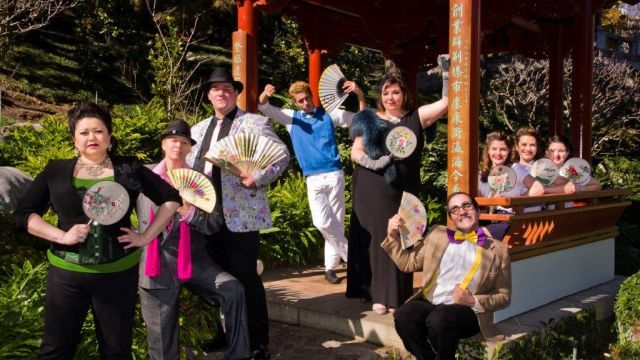 Now in its 66th year, there’s no luckier time for Chatswood Musical Society to transport audiences to Japan than for fast paced jazz comedy Hot Mikado from 22 September to 1 October at The Independent Theatre, North Sydney.

Featuring popular musical tunes such as “Three Little Maids” in fully-fledged Andrews Sisters style and big band song and dance numbers, Hot Mikado promises to be a night of fun for the whole family.

The musical sees characters navigate life-or-death stakes while still finding time to tap their toes and scat a tune. Japanese culture meets 1940s America in a land where outlandish laws sentence people to death for almost any indiscretion, and jazz, the blues and gospel are spoken fluently.

“Packed full of funny plot twists and quirky characters, Hot Mikado will be a fun night of message-free theatre; just pure enjoyment for enjoyment’s sake. The musical is such a clever updating of the original 1885 Gilbert and Sullivan production, audiences will love the high energy routines, slap stick comedy, and lots of visual gags,” said director Declan Moore.

“Many previous productions have staged Hot Mikado on a large company scale, but I've always felt the show would work best with a small ensemble of talented players. We’ve made an intimate production and - without giving too much away - been quite contemporary with our gender casting!”