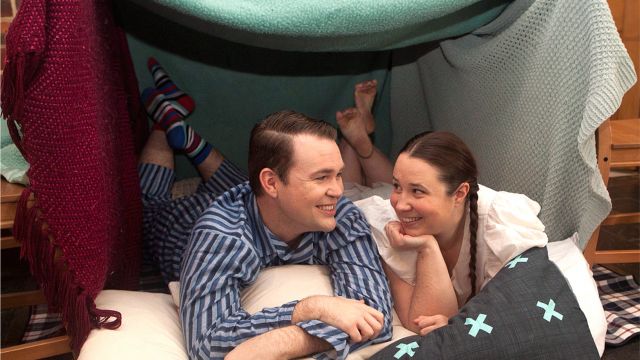 Written by Andrew Lippa and Tom Greenwald and directed by Tyler Eldridge, the show is set in the ever-changing United States between 1950 and 1990 and focuses on Jen and her relationships with the two Johns in her life.

One is her younger brother, who was killed in Vietnam, and the other is her son trying to find his way in life.

“At its essence, John & Jen is a story about a sister and brother, followed by mother and son, all following Jen’s journey,” Tyler said.

“The challenge with the show is only having two actors to tell the story, meaning there is nowhere to hide.

“There are more than 20 time periods throughout John & Jen, so each actor needs to portray 20 different ages.

“The beautiful score makes up about 90 per cent of the show and it’s challenging to make a seamless flow of music and dialogue.”
Performing in the Hills area since he was a child, Tyler has more recently worked as a director and musical director with Roleystone, Blak Yak, Stirling and Playlovers Theatres on Little Shop of Horrors, First Date The Musical, Calvin Berger, Annie, Little Miss Sunshine and Ladies in Black. 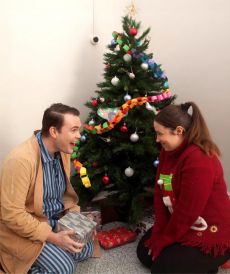 In 2017, he was named best director of a youth production at the annual Finley Awards for Calvin Berger.

“When selecting something to direct, I’m drawn to family dramas because family is important to me,” Tyler said.

“I read the script for John & Jen many years ago and thought now was the time to mount it because the show is as relevant as ever.

“Having previously worked with the two actors that play John and Jen, I knew they would be perfect for the roles to tell the story.”