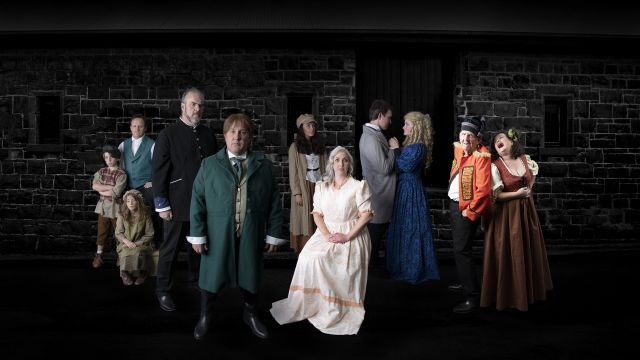 In 2019 Ararat Musical Comedy Society in Victoria will stage the biggest and most ambitious production in its 46 year history, Les Misérables.

Les Misérables has attracted a cast of 60 from across the region including Ballarat, Stawell and Ararat.

The production is being led by director Pam Wright, who returns to AMCS after previously directing shows including Dusty the Original Pop Diva.

“We are extremely lucky to have attracted Pam, Stephen and Leanne to lead this huge production, their vast experience in their respective fields will ensure the story of Les Misérables is brought to life in Ararat for the very first time,”AMCS president Grant Johnson said.

“We are also very excited that we have attracted cast from across the region – anyone who has ever performed in theatre wants to perform in Les Mis, it’s one of those shows that is on everyone’s bucket list.”

Les Misérablesis one of the most popular musicals in the world.

In 19th century France, Jean Valjean is released from 19 years of unjust imprisonment, but finds nothing in store for him but mistrust and mistreatment. He breaks his parole in hopes of starting a new life, initiating a life-long struggle for redemption as he is relentlessly pursued by police inspector Javert, who refuses to believe Valjean can change his ways.

The cast assembled is a mix of great experience and newcomers to theatre.

“At our auditions, we were blown away by the talent that emerged, many auditionees reducing our director and vocal director to tears, thus was the raw emotion displayed in their performance,” Mr Johnson said.

The two lead roles of Jean Valjean and Javert are being played by Stephen Armati and Russell Purdie.

Stephen comes to Ararat off the back of directing Ballarat Lyric Theatre’s production of Jekyll and Hyde, as well as having a strong community and professional performance background, while Russell has nine years’ experience on stage, mainly in the Shepparton area, and debuted with AMCS last year in Curtains.

Tickets are now on sale for Les Misérables, which will be staged at the Ararat Town Hall over eight performances from June 15-30, including three matinees.