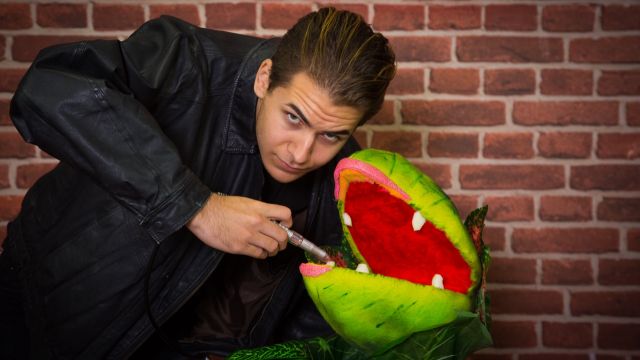 Beware Earthlings! The cult musical comedy Little Shop of Horrors is heading to Rockdale Town Hall for 1 week only, landing in Sydney on Wednesday 30 May for only 6 performances.

This gleefully gruesome musical combines the upbeat, doo wop Motown score and puppet wizardry. The toe tapping rock & roll score will delight new comers to the show, while those familiar with the movies need no enticement for this raucous trip down memory lane.

Director Rod Herbert said, ‘This production of Little Shop of Horrors is going to knock your socks off! With one of the best-known scores in musical theatre combined with the most talented cast I have worked with, audiences are going to be bowled over. I have no doubt it’ll sell out so I suggest booking tickets as soon as possible!”

Little Shop of Horrors is one of the longest-running off Broadway shows of all time. Inspired by the 1960 Roger Corman film of the same name, this rock musical version premiered off Broadway in 1982 before enjoying a successful run on Broadway and in London’s West End, eventually inspiring the 1986 film version by veteran puppeteer Frank Oz that starred Rick Moranis.