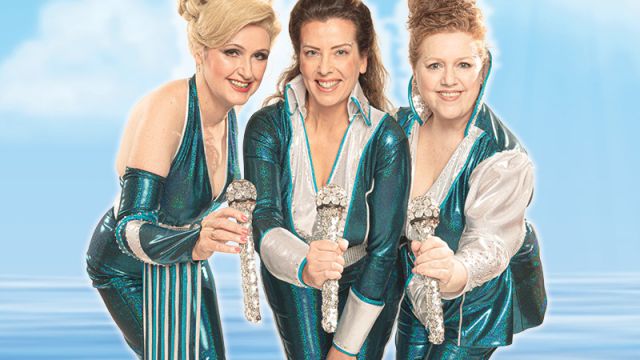 CLOC Musical Theatre’s upcoming production needs little introduction, other than saying just one word – ABBA. You can guess the rest.
Mamma Mia! is a true phenomenon – seen in over 440 major cities in 6 continents, translated into 26 languages, and seen by more than 60 million people world-wide (and counting). It’s not hard to see why – a funny and heart-warming story of family and love set in a sun-drenched paradise and fused with nearly 30 glorious, instantly recognisable ABBA songs.

Playing the lead role of Donna and her two best friends is a trio made up of Melbourne music theatre royalty – Pam Christie Birkett (left, playing Tanya), Rosa McCarty (centre, playing Donna) and Carolyn Waddell (right, playing Rosie). Between them, these prolific performers have appeared in nearly 100 on-stage roles. All three grew up singing, dancing and miming to ABBA songs, so to recreate the sounds and the iconic 70s look made famous by their idols is a dream come true for Donna and the Dynamos.

Mamma Mia! will bop its way on to the stage of the National Theatre in St Kilda for 12 performances from October 11-26, 2019,