The Nightwatchman at Melville 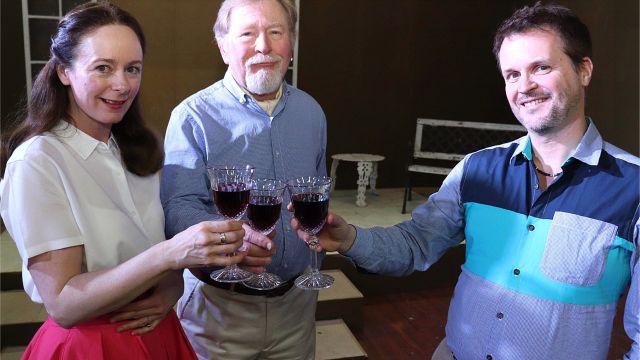 MEMORY and nostalgia are key elements of The Nightwatchman at Melville Theatre (WA) in September 2019, as three people move into a new chapter of their lives.

Written by Daniel Keene and directed by Siobhán O’Gara, the play follows a brother and sister as they return to their family home to help their now-blind father move into an elderly care facility.

As they assemble for a final supper to say goodbye to their family home, memories come flooding back and the family history is re-visited with resentments simmering against current tensions in their lives.

“But through the father William, there is a strong sense of resilience that underpins it all.

“Each character has a different relationship with the past – the play is about saying goodbye, setting yourself and others free, and moving forward.”

O’Gara theatrical experience includes founding the Brisbane Irish Theatre Players in 1990, and working with the Canberra Irish Community Theatre in the mid-90s. Since moving west, she has worked with the Old Mill, KADS, Playlovers and Dolphin Theatres in a variety of roles, including director, stage manager and lighting and sound operator.

In 2007 and 2012, O’Gara received best director nominations for Necessary Targets and Parramatta Girls at the annual Finley Awards.

More recently, she has directed The Mozart Faction at Melville Theatre and Kate’s Story for Life on Hold Productions.

“The Nightwatchman appealed because it’s a moving, poetic ode to the human spirit and the memories that define us,” O’Gara said.