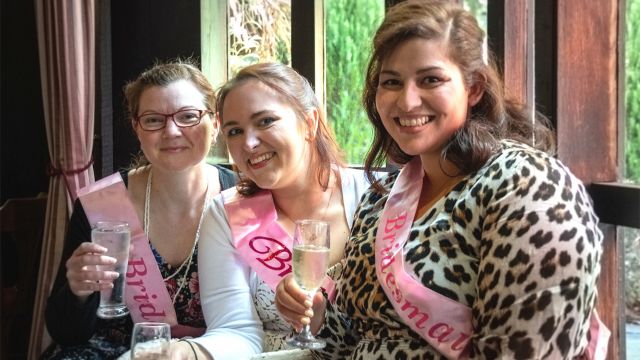 IF YOU knew a secret that could shatter a bride’s dream the night before her wedding, would you tell?

That’s the premise of the Roleystone Theatre (WA) production of Secret Bridesmaids’ Business, written by Elizabeth Coleman and directed by Michelle Ezzy at Roleystone Hall in October 2019.

The popular comedy is set the night before Meg Bacon’s wedding in a hotel with her mother and bridesmaids, ready for one last night of girlie fun.

But one lie could change everything – and the bridesmaids have to decide whether to reveal a secret about the groom.

Secret Bridesmaids’ Business was made into a 2002 telemovie with Vince Colosimo while playwright Coleman is also known for It’s My Party (And I’ll Die If I Want To).

“When I was looking for plays to direct, I was particularly interested in a female-led show with complex characters and Secret Bridesmaids’ Business jumped out as being the perfect production,” Michelle said.

“The end of the show really sealed the deal because I laughed out loud when I read the script.”

The main challenge, according to Michelle, is the venue. 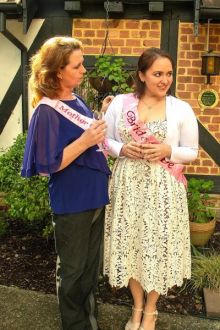 “It’s only the second production we’ve done in Roleystone Hall so we’re still ironing out the kinks,” she said.

“Rehearsing in the hall without the acoustic curtains we use during the performances can be difficult, due to the effect it has on sound.

“But I’m fortunate to have a cast of experienced and talented actors who can cope with projecting their voices more.”

Michelle began directing in 2016 after taking up a position as music and theatre educator at John Curtin College of the Arts.

Since then, she has worked on numerous productions as director, vocal coach and choreographer for productions such as The Addams Family musical, Thoroughly Modern Millie Jr and Guys and Dolls Jr.

Stepping up to the stage in 2017, she has since appeared in Oklahoma!, Mort, Robin Hood: The Truth Behind the Green Tights and Lords and Ladies at Roleystone Theatre, Between Wind and Water with Agelink Theatre, 1916: A Love Story at Marloo Theatre and Sense and Sensibility at Melville Theatre.

“With Secret Bridesmaids’ Business I wanted to do something quite different than I had done before,” Michelle said.

“Previously, I’ve only directed large cast youth musicals, so a straight play with a cast of six adults is quite a change.”