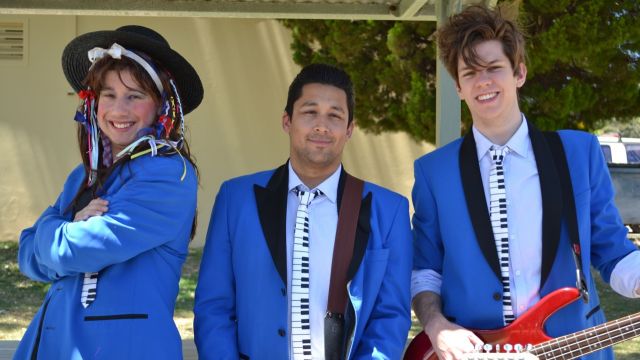 GET out those shoulder pads, big hair-dos and fluoro colours – a stage production of The Wedding Singer is set to transport you through time to the 1980s at Limelight Theatre (WA) during November and December 2017.

Based on the 1998 movie but with an original score, directors Jen Edwards and David Nelson are bringing the upbeat musical to life with more than 30 performers ready to deliver plenty of ’80s kitsch and retro clichés.

The musical, just like the film, revolves around wedding singer Robbie, his failed relationship with his former fiancée and his romance with new love Julia.

It made its Broadway debut in 2006 and scored numerous Tony Award and Drama Desk Award nominations.

“What sets the musical apart from the movie is the music itself,” Nelson said. “It’s original but still very inspired the ’80s.”

Edwards adds: “It’s so influenced by the writers’ ’80s upbringing that it feels like you know it already.

“There are a couple of songs taken straight from the movie and when they occur they are totally satisfying!” 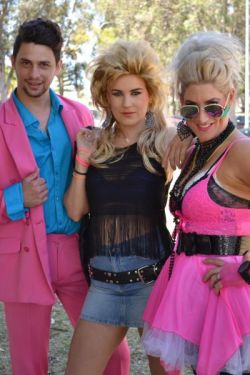 Both directors were keen to direct The Wedding Singer together – Nelson was drawn by the humour and characters and Edwards loved that it was so colourful and fun – and they had previously appeared in each other’s productions.

“I’m grateful to be working alongside my friend David, who has an abundance of theatrical experience and shares my artistic vision,” Edwards said.

“He’s paramount to this production and keeps my feet on the ground when I dream up crazy ideas.

“Our cast is working tirelessly – many are newcomers to the Limelight stage and some are returning after a long sabbatical.

“Maddy Innes is using a calm, intelligent approach for her first time as musical director, heading a band of funky musicians who flocked to play for her.”

The show has also forged a partnership with the Northern Suburbs Men's Shed to help with set construction.

Nelson said the most difficult challenge was the amount of scene changes.

“That’s followed a close second by the costuming, which has also proved to be a hard task but hugely satisfying,” he said.

Edwards said the logistics of producing numerous sets and remaining within budget was no mean feat.

“Designing my multi-level, multi-purpose set has been a particularly enjoyable challenge and it presents daily obstacles to hurdle,” she said.

“I often wish I could wave a magic wand and claw back another 12 hours in each day but I’m determined to produce an excellent production that will have everyone partying like it’s 1985!” 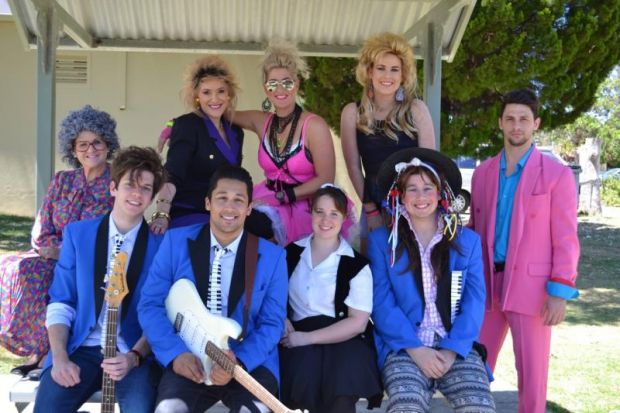