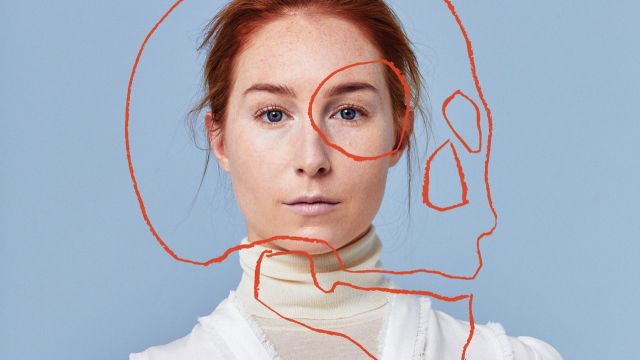 Bell Shakespeare has announced their 2020 season with a program of popular favourites to celebrate their 30th anniversary year.

In their year of celebration, Bell Shakespeare will explore two of Shakespeare’s most popular and classic plays, reimagined for 21st century audiences, Hamlet and The Comedy of Errors.

One of Shakespeare’s most iconic and tragic works, Hamlet will be directed by Artistic Director Peter Evans and features Harriet Gordon-Anderson (The Miser) as a young man experiencing grief in its most complex and profound state. Poignantly, as the first production Bell Shakespeare ever staged, Hamlet will be told through the lens ofloss, betrayal and madness. The production will be set in Denmark in the sixties.

Hamlet will tour to Sydney Opera House from 29th February to 4th April, Canberra Theatre Centre from 9th to 18th April and Arts Centre Melbourne from 23rd April to 10th May.

The Comedy of Errors will be directed by Janine Watson, who has worked regularly with Bell Shakespeare as both actor and director since 2013 when she took to the roads of regional Australia as one of their education team performers. Featuring Julia Billington (Janet King), this beautiful story about reunion is wrapped up in an evening of entertainment and laugher.

The Comedy of Errors will embark on a four-month national tour across 28 venues including Arts Centre Melbourne from 15th to 25th July, Canberra Theatre Centre from 2nd to 10th October and Sydney Opera House from 13th October to 15th November. 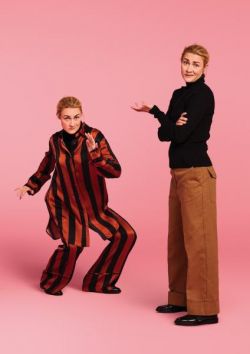 Evans said, “From humble beginnings in a circus tent, to presenting a program I couldn’t be more excited to share on stages around Australia in 2020, Bell Shakespeare has come a very long way in 30 years.

“Shakespeare and the other classic plays we present challenge our beliefs and urge us to see ourselves in a new light. Their ability to discover the things that make us human inspires us to make work that challenges preconceptions and encourages new interpretations and contemporary parallels – work that speaks to every age.

“As always, what we put on mainstages across Australia is just a small part of what we do every year. We are in schools, juvenile justice centres, indigenous communities and community halls every year with our outreach and education programs. The social impact these programs have is vast, and we are incredibly proud of this work.

To mark the 30th anniversary celebrations, Bell Shakespeare will present an exclusive event with John Bell, available as an add-on to theatre package purchasers. One Man In His Time: John Bell and Shakespeare is a fascinating backstage pass to Bell’s life and his relationship with Shakespeare. This special event with the man who believed that Australians could see themselves reflected in the works of Shakespeare, and founded a Company based on his belief, will see Bell share his humour, wit and a lifetime of experience walking beside one of the greatest writers to have ever lived.

Inside the glamorous court of Denmark, a family is torn apart by murder and betrayal. Outside, a country is threatened by Norway. And at the center of this struggle is a man brimming with anguish.

Hamlet is a portrait of a young man struggling with the death of his royal father, his mother's hasty remarriage to his uncle, and the visage of his father’s ghost looming in his mind’s eye. A story of revenge, passion, and deception, this is a new version of Hamlet for our time.

This is the world of politics, where a human desire for retribution quickly becomes a burden to struggle against. Set against a classically timeless Danish backdrop, where family cannot be trusted, friendships turn adversarial, and the ghost of Hamlet’s father pushes his entire world to its brink.

Ordered to kill. Tempted to resist. Live or die.

THE COMEDY OF ERRORS

Shipwrecked and separated 25 years earlier, two sets of long-lost twins miraculously find themselves in the same city on the same day. What could possibly go wrong?

The Comedy of Errors is a romp of swapped identities, misguided love, mistaken imprisonment and chaotic mishaps, leading to an unbelievably crazy day for bumbling twins.

At the heart of this tale of comedic misfortune is an old man searching for his lost children, who has found himself in the fight of his life… to save his life. As far-fetched coincidence unfolds, chaotic hilarity ensues, and a man’s life could be saved, if only everything would go to plan.

After a day of mistaken identity leading to unfair thrashings, wrongful arrests and false charges of infidelity, robbery, madness and even demonic possession, can the twins possibly reunite and live happily ever after?

ONE MAN IN HIS TIME: JOHN BELL AND SHAKESPEARE