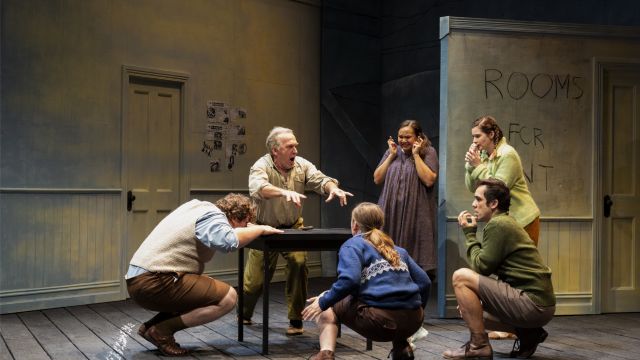 The company promises the best artists from Western Australia and around the country to tell stories that will entertain, delight and surprise and be the catalyst for conversation. There will be three shows in the Heath Ledger Theatre (with one on-stage in the round), three shows in the Studio Underground, and the company will play host to the inaugural Maali Festival, a celebration of First Nations art and culture. This bumper season includes one musical, two world premieres, three adaptations, two productions presented with Malthouse Theatre and a collaboration with WA Youth Theatre Company.

Artistic Director Clare Watson says that “Black Swan's 2020 season looks at power, progress and place. The places we will visit together hold stories that seep into the people that inhabit them. Those that hold power will try to cling to it, while others seek it and succeed, only to discover that it's perhaps not the prize they were hoping for.”

The 2020 season will kick off with Tim Winton's Cloudstreet, in a co-production with Malthouse Theatre presented as part of Perth Festival, at the newly renovated His Majesty's Theatre. An epic work of the Australian canon about post-war Perth directed by Matthew Lutton, this five-hour epic plays from 21 Feb to 15 Mar.

Black Swan travels south to Manjimup from 9 to 31 May, with an adaptation by Adriane Daff and Katherine Tonkin of The Cherry Orchard, after Anton Chekhov. Overflowing with charm, a touch of the 1980s and a self-absorbed ensemble of Kath-and-Kim style characters. Directed by Clare Watson, the production looks at those who become victims of their own privilege.

Unsung Heroes, a collection of six home-grown stories, follows from 4 to 21 June. These performances, told by six local writers, celebrate everyday Western Australians who have achieved extraordinary things. This world premiere of alternating programs will be directed by Emily McLean and Joe Paradise Lui.

York, the oldest inland town in Western Australia, is the setting for a ghost story set in a hospital that will delight and terrify in equal measure from 15 Aug to 6 Sep. Inspired by 200 years of real accounts, this is a collaboration with WA Youth Theatre Company written by Ian Michael and Chris Isaacs, in a world premiere directed by Clare Watson.

As a prelude to the 2020 US Elections, George Orwell's Animal Farm is adapted by Van Badham and features a three-hander cast comedians, improvisors and storytellers, from 3 to 27 Sep.

Rodgers and Hammerstein’s Oklahoma! takes to the Heath Ledger Theatre stage from 28 Nov to 20 Dec. This intimate production, performed in the round, promises bluegrass, country and even the chance to join the townsfolk and band members on stage in the heart of the action for a square-dance at the Box Social. Directed by Richard Carroll (Calamity Jane, The Show Goes On).

See the 2020 Season Brochure at https://issuu.com/blackswanstc/docs/bst536042_brochure_text_screen_v2