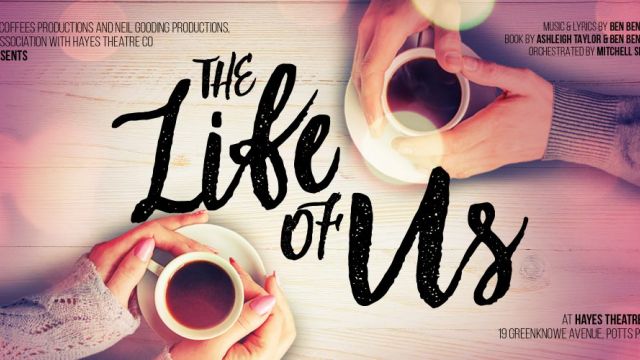 Hayes Theatre Co in Sydney has announced its 2020 season of musicals and cabaret, the company’s seventh year of programming.

“The 2020 season at Hayes Theatre Co will have four new Australian works,” said Chair of Hayes Theatre Co Lisa Campbell.  “Dubbo Championship Wrestling is an hilarious, heart-warming story about the world of wrestling in Dubbo.  This is a brand-new musical that has been developed by us at Hayesand we cannot wait to share it withyou.”.

“The next new work is through our Artist Led program, a collaboration with the incredible Sisters Grimm and constant award winner Casey Bennetto - The Sovereign Wife - an anarchic retelling of the Eureka Stockade,” continued Lisa Campbell.  “Two more new works that are starting life at the Hayes in 2020, The Life Of Us by Ashleigh Taylor and Ben Bennett and The Rise and Disguise of Elizabeth R, a new musical starring Gerry Connolly as The Queen.”

The other production courtesy of the Artist Led Programis Young Frankenstein, the Broadway take on Mel Brooks' classic movie.  This production will be directed by Alexander Berlage - the director behind Cry Baby and American Psycho.

The Artist Led productions would not be possible without the generosity of Frederic Marguerre and Rodrigo Martino. 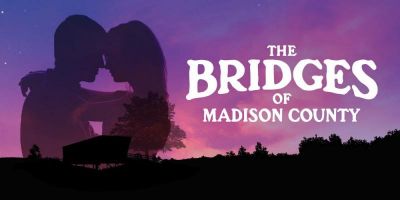 The 2020 Season will also have a trio of Australian premieres - The Bridges of Madison County, then, after closing on Broadway only a few months ago, the brand-newproduction of Head Over Heels, which mixes The Go-Go's 80s pop with neo-classical storytelling. Having its Australian professional premiere is the tale of the world's most infamous gangster couple, Bonnie and Clyde - directed by Amy Campbell - whose most recent work at the Hayes was the choreography of In TheHeights.  To mark Mr Sondheim's 90th year, April will see a production of Merrily We Roll Along,which iscurrently being made into a film.

“We’re excited to be introducing subscriptions to Hayes Theatre Co in 2020,” said Hayes General Manager Will Harvey.  “This is something our audience members have been requesting for a while.  For people who like to plan ahead and hate the thought of missing out on tickets to a hit show then this the perfect solution – and you can save over 10% on single-ticket prices.”

Since Hayes Theatre Co opened its doors in February 2014 with the Helpmann Award-winning production of Sweet Charity, Hayes has established itself as a leading player of the theatrical industry in Sydney. In the last six years, the venue has presented over 60 productions of mainstage musicals and 65 cabarets. 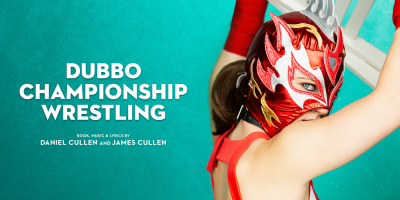 Hayes Theatre Co has premiered the new Australian musicals: Razorhurst; Truth, Beauty and a Picture of You; The Detectives Hand book; Melba A New Musical and Evie May, and presented revival productions of Love Bites; Miracle City; Only Heaven Knows and Darlinghurst Nights; supporting the development of new works through Hayes Creative Development program and highlighting the rich history of Australian musical theatre.

In addition, Hayes Theatre Co has self-produced the musicals Caroline, Or Change; HMS Pinafore; High Society; You're a Good Man, Charlie Brown; Assassins and She Loves Me to critical acclaim.

The Life of Us

The Life Of Us follows the long distance romance of Charlie and Ellie. Forced apart by circumstance, they maintain their relationship through technology, but how much connection can a person truly feel through a screen? As we watch their lives unfold and their relationships crumble, we begin to understand what we want isn't always what we need.  The Life Of Us is a modern-day musical that looks at how we love and what it means to be connected.  Mentored by the legendary Stephen Schwartz (Wicked, Pippin, Godspell). 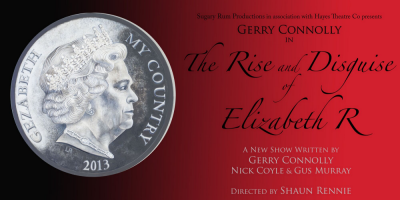 THE RISE AND DISGUISE OF ELIZABETH R

Written by Gerry Connolly with Nick Coyle and Gus Murray

Gerry Connolly is a familiar and much-loved face in Australia. A versatile actor, comic and musician, we have watched him in classics Fast Forward and on stage in Urinetown.  Perhaps his most enduring performance has been his inhabitation of Queen Elizabeth II. Over four decades, his loving and uncanny representation of her, full of dry wit and surprising ingenuity, has become an Australian icon. This brand-new story brings to life many of Gerry's alter-egos, from Her Maj, her son, her bete noir the Baroness Thatcher, her Australian PMs to other famous home-grown personalities. Supported by a cast of tcomic triple threats, Gerry will push boundaries, as always.

THE BRIDGES OF MADISON COUNTY

Based on the best-selling novel and developed by the Pulitzer and Tony Award-winning creative team of Jason Robert Brown (The Last Five Years, Parade, Songs for a New World) and Marsha Norman, The Bridges of Madison County captures the lyrical expanse of America's heartland. Francesca Johnson is an Italian immigrant housewife living a happy existence on a farm in the American Mid-west.  However, when her family go off to the State Fair, she meets Robert Kincaid, a National Geographic photographer on assignment filming bridges in the area. Their initial friendship develops into a brief but passionate affair which has devastating consequences on all of their lives.  Winnerof the 2014 Tony Award for Best Score and Orchestrations. 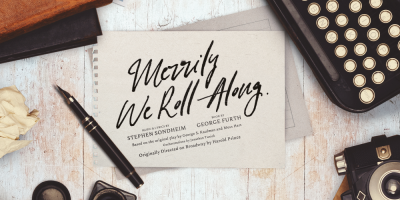 Based on the original play by George S. Kaufman and Moss Hart

Music and Lyrics by Stephen Sondheim  Book by George Furth

Merrily We Roll Along is the heartbreaker of Sondheim musicals, looking at how the best of friends lose their way as they fight to win at life.  We follow a trio of friends - Franklin Shepard, a composer; Charley Kringas, his writing partner; and Mary Flynn, an upcoming novelist. All three are primed to change the world through words and music. Told in reverse, Merrily We Roll Along is an emotional detective story that investigates how grown-up sell outs are forged from wide-eyed poets.  The show will be created by the team of Dean Bryant (Sweet Charity, Assassins, Little Shop of Horrors), choreographer Andrew Hallsworth (Muriel's Wedding, Sweet Charity) and musical director Lucy Bermingham (In The Heights, Caroline, Or Change).

There's not a spare seat in the West Dubbo High School Gym. Ozzy the Aussie Battler flicks his cape and steps into the ring, and the crowd go troppo.  This is Dubbo Championship Wrestling, the new Aussie rock musical about professional wrestling, regional Australia, and musical theatre itself.  Rose, a young woman with wrestling in her blood, is drawn into a monumental battle over family and identity.  The violence, the joy, the costumes, the thumbtacks. Dubbo Championship Wrestling, written by Daniel and James Cullen and directed by Sheridan Harbridge, has been developed through Hayes Creative Development. 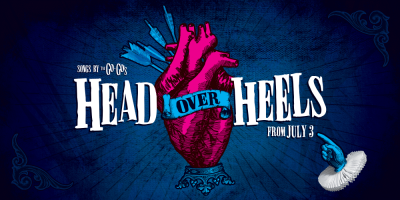 Songs by The Go-Go's  Adapted by James Magruder

By permission of ORiGiN Theatrical on behalf of Broadway Licensing

Director Ellen Simpson and the producers of American Psycho - The Musical bring you Head Over Heels; a bold new musical comedy from the creatives behind Hedwig and the Angry Inch, Avenue Q, Next To Normal and Spring Awakening.  In a brazen, yet completely on-brand attempt to flout the dire warnings of the Oracle, King Basilius of Arcadia sets off on a journey of evasion and avoidance, entire family in tow.  Set to the music of the iconic 1980 's all-female rock band The Go-Go's, this piece features songs "We Got the Beat," "Our Lips Are Sealed" and Belinda Carlisle's "Heaven is a Place on Earth”.

Creator of the landmark Keating, composer Casey Bennetto teams up with Sisters Grimm to explore the guts of our brave nation, in a toe-tapping musical colonoscopy: The Sovereign Wife.  With its genre-hopping score, The Sovereign Wife takes you on a sprawling journey to the mythic heart of our country. Cult theatre-makers Sisters Grimm (Calpurnia Descending, Summertime in the Garden of Eden) smash together all the stories Australia loves to tell about itself.  The Sovereign Wife is supported by Frederic Marguerre and Rodrigo Martino through the Artist Led Program. 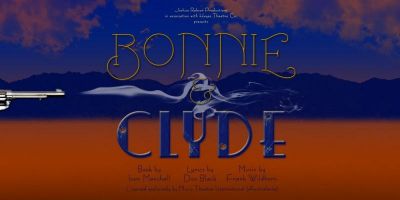 Producer of In The Heights, Joshua Robson Productions brings another professional premiere to Sydney.  At the height of the Great Depression, Bonnie Parker and Clyde Barrow went from two small-town nobodies in West Texas to America's most renowned folk heroes.

Frank Wildhorn (Jekyll & Hyde, Civil War, Dracula) is the story of love, adventure and crime that captured the attention of an entire country.  Directed and choreographed by Amy Campbell (In the Heights, Hair), the score of  Bonnie & Clyde combines blues, gospel and rockabilly music. 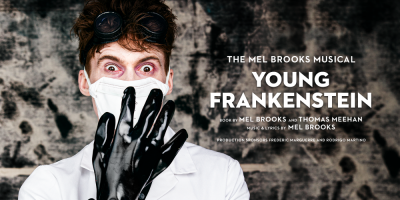 Hayes Theatre Co presents the Australian professional premiere of this musical comedy, adapted by Mel Brooks (The Producers, Blazing Saddles) from his own  film.  Young Frankenstein features songs like "The Transylvania Mania " and the immortal "Puttin' on the Ritz." Directed by Alexander Berlage (Cry­ Baby, American Psycho), get ready for an electrifying camp gothic spectacular that will leave you in stitches.  Young Frankenstein is generously supported by Frederic Marguerre and Rodrigo Martino through the Artist LedProgram.

Written and performed by Maverick Newman

Under The Microscope in association with Hayes Theatre Co presents 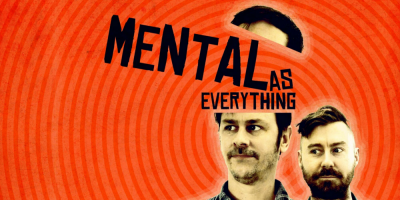 Mental As Everything is a cabaret performance that explores the multifaceted nature of mental illness. Creator and performer, Damon Smith, will take you on a journey of his deeply personal experience of living with obsessive-compulsive disorder (OCD) and bipolar disorder, backed up by his anxious musical cohort Adam Coad.

Written by and Starring Naomi Livingston

A multi-generational journey through motherhood, mental health and mortality, with an original score about panic, parenting and the realities of mental health from the composer of Evie May 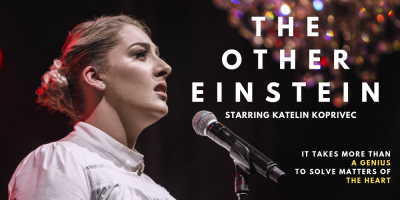 It takes more than a genius to solve matters of the heart.  The Other Einstein reveals a forgotten woman whose light was lost in Einstein’s enormous shadow.  Through classic show tunes and splashes of pop hits, this dynamic cabaret crashes the old with the new. 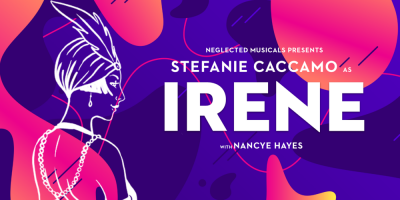 Celebrating its 10th year, Neglected Musicals will present the 1920s and 1970’s hit musical IRENE. Featuring the songs "I'm Always Chasing Rainbows", "Alice Blue Gown" and "You Made Me Love You".

Hayes Theatre Co is a dedicated music theatre and cabaret venue in Potts Point. Named for Australian musical theatre legend, Nancye Hayes AM, Hayes Theatre Co honours and builds on the vast history of Australian Musical Theatre and its practitioners. This not-for-profit venue is managed by Independent Music Theatre, a collaborative partnership focusing on providing a permanent home for small-scale musical theatre and cabaret. By providing venue space for productions, Hayes Theatre Co, is a presenting partner together with independent producers and artists.