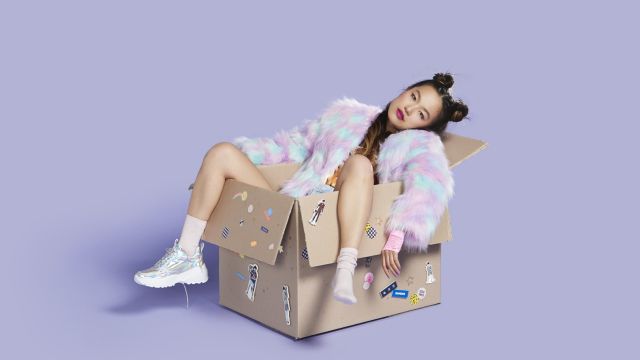 From the backstreets of Melbourne’s northern suburbs to the depths of Antarctica, a Scottish Shakespearean spectacle to Oscar Wilde’s most famous comedy of lies, Malthouse Theatre brings history, culture, politics, subversion, great odysseys and truth-telling together under one roof in 2020.

2020 marks a milestone for the company: 30 years of Melbourne’s most provocative theatre company occupying one of the city’s most iconic buildings.

‘Throughout these 30 years, we have strived to create a community that values the alchemy of artist and audience coming together in the same place and time. Enduring the ups and downs of change and fashion, Malthouse Theatre has remained the home for an ongoing narrative for ideas and theatrical innovations, but most importantly for exhilarating stories,’said Artistic Director & Co-CEO, Matthew Lutton and Executive Producer & Co-CEO Sarah Neal.

The four international productions include the Australian premiere of Is This A Room (USA), the true story of Reality Winner’s interrogation by the FBI, the world premiere of Grey Arias (UK) starring Le Gateau Chocolat and Adrienne Truscott, Ridiculusmus’ (UK) return with The Importance of Being Earnest and an international collaboration between ArKtype (USA) and Malthouse Theatre in Macbeth (This Ignorant Present) featuring New York-based performer Scott Shepherdand Australian Zahra Newman as Lady Macbeth. The season opens in February with the return of Oscar Wilde’s most famous comedy of lies, The Importance of Being Earnest, where Jack and Algy thrive in double lives (as Ernest) to find the lover they desire (in earnest). Here, two multi-award-winning daredevils, David Woods and Jon Haynesgleefully act out every role. Tumbling chaotically through impossible costume changes, the beating heart of Wilde’s humanity exposes itself between ludicrous theatrics.

The Importance of Being Earnest is followed by the world premiere of Grey Arias featuring and created by Le Gateau Chocolat (Black Rider: The Casting of the Magic Bullets) and AdrienneTruscott(Wild Bore). Le Gateau Chocolat is a gay, black, English-Nigerian man and drag artiste. Adrienne Truscott is a cis white feminist American female performance artist. They are dear friends and in Grey Arias, they perform a multiplicity of identities. In between big show numbers, they spring rhetorical traps designed
to catch any who overstep the blurred lines of political correctness and interrogate the meaning and boundaries of allyship.

An international collaboration with New York-based ArKtype brings the world premiere of Macbeth (This Ignorant Present) to Melbourne. Far from Scotland, a man tinkering in his cellar has assembled a cage-like contraption from hoarded junk, where something wicked is being stirred up. Two actors and a child conjure the entirety of Shakespeare’s spectacle in Macbeth (This Ignorant Present). New York performer Scott Shepherd (The Young Pope, Elevator Repair Service’s Gatz) stars as Macbeth, turning himself inside out as he devours leader, relative and onlooker. Australian Zahra Newman(Wake in Fright) co- stars as Lady Macbeth forging a new future.

Ra Chapman, one of Malthouse Theatre’s 2018/19 writers in residence, makes her mainstage debut with K-Box, a comical new play about a 30-something Korean adoptee who finds the raucous and riotous side of family. Lucy fled her manic Melbourne routine to find calm in the country. But the home of her adoptive white baby- boomer parents ain’t the place for peace and quiet. Enter Kim Han, a charismatic K-pop star making a surprise visit to rural Victoria, who tips Lucy’s crisis into a complete tailspin.

A sell-out in its 2019 New York season, Is This A Room: Reality Winner Verbatim Transcription is the true story FBI story of Reality Winner: yoga teacher, cat lover and national security threat. The genuine FBI recording of Reality’s interview so struck US playwright Tina Satterthat she adapted it, word-for-word, as a readymade script. Without any need for amendment, it stands as testament to Reality’s wit and complexity.

Director Susie Deeand playwright Patricia Cornelius (SHIT, LOVE) continue their 30-year collaboration with the premiere of Do not go gentle... an epic odyssey packed with drama featuring Shane Bourne, Julie Forsyth and Brian Lipson. Robert Falcon Scott’s 1912 diary of his Antarctic adventure intertwines with a man in the present who also faces a struggle to survive. Like Scott, he is desperate to give the last leg
of his life meaning, as he leads his pitiful party across a treacherous landscape. Once considered ‘exotic’ trophies of antiquity, the bodily remains of Indigenous men, women and children served as scientific theories of evolution and were prized objects displayed on mantelpieces. Through an epic story spanning 250 years, writer John Harvey(Heart is a Wasteland) draws us in with untold perspectives of macabre true histories and false justifications in The Return. In his directorial debut, Jason Tamiru joins forces with Malthouse Theatre’s Artistic Director Matthew Lutton for this immersive theatrical event that will give rise to how the repatriation of indigenous ancestors can bring us closer to homecoming and healing.

Sheridan Harbridgebrings her portrayal of Tessa to Malthouse Theatre in Prima Facie. Tessa is a defence barrister who has mastered the steely facade needed to be a winner. She takes witnesses apart like a hunter carving a kill. Working hard makes playing hard a great stress relief, and after a few drinks Tessa hooks up with a colleague. Yet, what might become a hot romance suddenly spirals into a terrifying ordeal. Playwright and former lawyer Suzie Millerinjects first-hand legal knowledge into this timely invective directed at the norms of Australian courts.

Paul Capsisburns through a song cycle of originals and classics from Blondie, Bob Dylan and Nina Simone in Go To Hell. Swamped in imagery from award-winning filmmaker Natasha Pincus, and featuring original songs by Megan Washington, this live show is part rock concert, part cinema and part prayer to the wild side.

Making its Australian premiere, Loaded is the story that established Christos Tsiolkasas a provocative master of the written word. Adapted for film in the 1998 underground hit Head On, and now, in close collaboration with playwright Dan Giovannoni, Tsiolkas rewrites Ari’s odyssey for the stage with a 21st century perspective. Directed by Stephen Nicolazzo (Merciless Gods), this queer migrant history comes spilling out across the four corners of Melbourne.

Matthew Lutton and Sarah Neal said, ‘We’re all in for 2020. Our season is a forging of all that we believe in–new voices asking urgent questions, classic stories reinvented and international collaborations alongside hyperlocal legends.’

The Importance of Being Earnest by Oscar Wilde, adapted by Jon Haynes, Jude Kelly & David Woods

Macbeth (This Ignorant Present). Conceived by Scott Shepherd from the play by William Shakespeare.

Is This A Room: Reality Winner Verbatim Transcription. Concept by Tina Satter.

Do not go gentle... by Patricia Cornelius.

The Return by John Harvey.

Go To Hell by Tom Wright

Images (from top): K-Box, The Importance of Being Earnest and The Return. Photographer: Zan Wimberley.