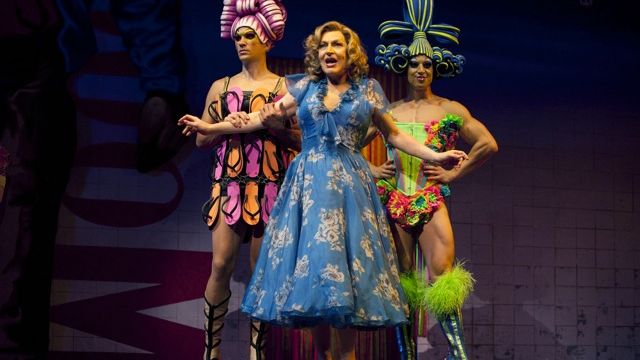 Other multiple nominations for the Awards, which recognise the achievements of both Broadway and Off-Broadway theatre were Sister Act (9); Anything Goes (8); The Book of Mormon and The Motherf**ker With the Hat (6 nominations each); Good People and How to Succeed in Business Without Really Trying (5 each); The Importance of Being Earnest, War Horse and Women on the Verge of a Nervous Breakdown (4 each) and Bengal Tiger at the Baghdad Zoo, Brief Encounter, Catch Me If You Can, Other Desert Cities (3 each).

Winners will be announced on May 16, with the annual ceremony taking place on May 26 at Sardi's Restaurant. Read our in-depth interviews with Director Simon Phillips and nominee Tony Sheldon in the May / June print edition of Stage Whispers - more details.