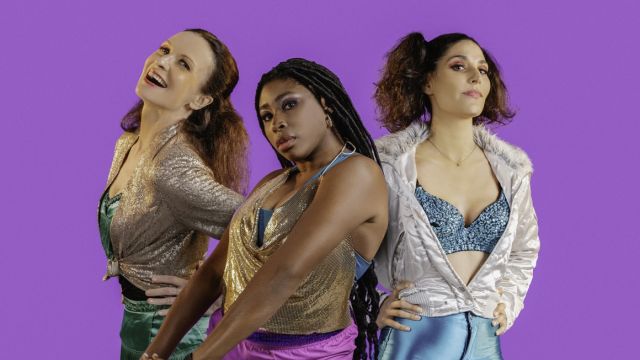 Announced at the Adelaide Convention Centre on Thursday (Oct 10), the eight-play season offers diverse works sparked by the theme of power.

“Over the past six months I’ve been speaking with the local artistic community and audiences to learn about the works they want and need to see and what excites them. These conversations, and my great belief in theatre’s ability to not only entertain but engender empathy, reflection and maybe even social change, have very much informed the works I’ve programmed,” Butel says.

“A common theme that has seemed to emerge from the stories that have magnetised themselves towards us is the notion of power – what it is, who has it, who wants it, what it does. Power structures within families, within relationships, within broader social and political contexts. The notion of personal power. What power means to different age, racial and class groups.

“In the context of these theatrical tales about power, I’m thrilled to say we have gathered a number of diverse and powerhouse artists to create them.” 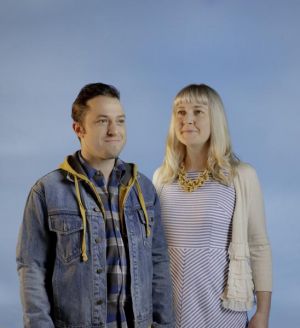 “My long association with the company has demonstrated to me that some of the world’s best theatre artists reside in South Australia. To that end, I’m interested in them developing their work and practice for the benefit of audiences and in ensuring that I expose the rest of the country to their talent and skill. I’m thrilled two of our works will be touring interstate in co-productions with Sydney Theatre Company and Belvoir,” the four-time Helpmann Award winner says. “I’m thrilled too that we’re co-producing the premiere of a new Australian play with Country Arts SA, which will be performed in Adelaide before setting off on tour throughout regional South Australia.“

Kicking off the season is the satire of ambition, Dance Nation, which sees State Theatre Company South Australia back at the Scott Theatre for the first time in 10 years. Starring Strictly Ballroom’s Tara Morice, Louisa Mignone, Chika Ikogwe, Amber McMahon and Butel himself, the co-production with Belvoir St Theatre - presented as part of Adelaide Festival – examines ambition, success and female desire from the perspective of a group of 13-year-old dancers competing for a national title.

Dubbed “blazingly original, glorious rough magic” by The New York Times, the 2018 off-Broadway hit by Brooklyn playwright Clare Barron was nominated for the 2019 Pulitzer Prize for Drama, where it was described as “refreshingly unorthodox”.

In March, comedian Jonathan Biggins becomes Paul Keating in all of his sardonic glory in The Gospel According to Paul. Born out of Biggins’ Wharf Revue performances as Keating, the one-man show chronicles the former Prime Minister’s highs and lows, both personal and political, through a mix of song and story. The Soft Tread production comes to the Dunstan Playhouse following seasons in Sydney and Brisbane.

Michelle Law’s Chinese Australian comedy Single Asian Female hits the playhouse in April. Exploring gender and race politics in contemporary Australia with heart, biting wit and a hefty dose of ‘90s karaoke, Law’s 2016 debut for La Boite has been heralded a “necessary addition to the Australian theatrical canon” (Time Out) and sold out seasons nationwide. 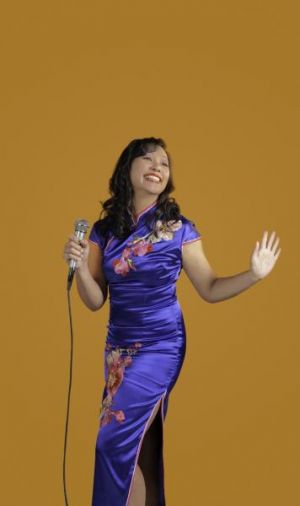 State Theatre Company South Australia’s 2020 education show, Euphoria, comes from the pen of Adelaide playwright Emily Steel, under the direction of RUMPUS co-founder Nescha Jelk (Jasper Jones, Terrestrial) and presented with Country Arts SA. Informed by conversations between Steel (Rabbits, 19 Weeks) and regional communities across South Australia, Euphoria brings an entire country town to life through two actors: James Smith (Jasper Jones, Vale) and Ashton Malcolm (Rumpelstiltskin). Commissioned and developed by Country Arts SA, Euphoria is a heart-warming tale of good days, bad days and everything in between. Euphoria has a short season in the Space Theatre, bookended by an extensive tour throughout regional South Australia.

Deborah Mailman and Wesley Enoch’s The 7 Stages of Grieving comes to the Space Theatre in June. Starring Helpmann Award-winning Elaine Crombie and directed by Shari Sebbens (The Sapphires, Black Is The New White), the 1995 play traces stories of love, loss and survival to create a portrait of modern Aboriginal life. The modern masterpiece gets a stunning update 25 years after it first brought audiences across Australia to their feet.

July brings Ella Hickson’s new British play The Writer, presented with Sydney Theatre Company and starring Please Like Me’s Emily Barclay and Toby Schmitz. The Writer comes to Adelaide under the direction of emerging Australian talent Jessica Arthur. Barclay portrays a young playwright who wants a new form of theatre that overturns the patriarchy and dismantles capitalism, while her older male director seems more turned on by the commercial potential of her rage.

The 2020 season also brings the launch of Stateside, a program supporting two small to medium local companies. As part of the program, State Theatre Company South Australia is supporting Brink Productions’ The Bridge of San Luis Rey and Theatre Republic’s The Bleeding Tree. Each company receives marketing and production support from the new scheme, allowing local artists to tap into the extensive networks and resources the company has to offer. 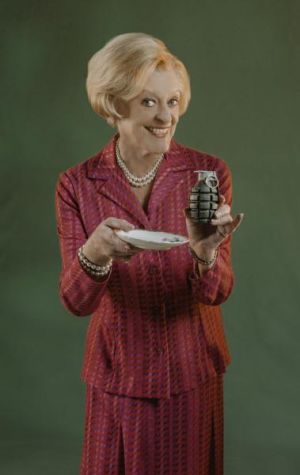 In summarising his first season, Butel says, “Ultimately, I want this company to be the centre for important stories about who we are and the world in which we find ourselves, told in the most captivating manner possible.

“This is a very special company filled with people onstage and behind the scenes who are in love with theatre and its ability to transform and transport audiences. Our audiences are very special creatures too – they have an equally large appetite for artistic risk and excellence.

“It’s an immense privilege and joy to be in their midst.”

A Pulitzer Prize-nominated satire of ambition from the perspective of a girls’ dance group – starring Strictly Ballroom’s Tara Morice. Co-presented with Belvoir in association with Adelaide Festival.

“I’m thrilled that this show opens our 2020 season, thrilled that it’s a part of the Adelaide Festival and thrilled to welcome Tara Morice back to the company. A fantasia of the female - feral, tender, hilarious, wise, brilliant and spinning. It will blow your sequins away.”

THE GOSPEL ACCORDING TO PAUL

Biggins becomes Paul Keating in a virtuosic performance that brims with the former Prime Minister’s signature wit and charisma. A Soft Tread production. 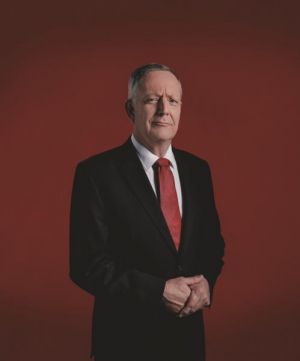 “Both Jonathan Biggins and Paul Keating are national living treasures. Biggins is one of our greatest comic minds and performers. The bravura and idiosyncrasy of Keating are similarly legendary. I laughed like a drain when I saw this show but also found it to be a surprisingly moving history of the last 50 years of Australian politics and the battles waged and won.”

“I breathed a sigh of relief (and slapped my thighs a lot) when I saw this fantastic La Boite production. A play reflecting a slice of Australian life not often seen on Australian stages and one that packs an emotional kinghit under its good-natured heart. One of the most feel-good nights you’ll ever have in a theatre.”

A gently moving work based on real conversations between playwright Emily Steel and residents of regional South Australia, by State Theatre Company and Country Arts SA.

“Emily Steel is one of the brightest, most original voices in Australian playwriting today. With stealth and charm, she brings to life an entire town through two actors in this deeply felt and slyly comic portrait of family, friendship and people searching for connection and for themselves.” THE 7 STAGES OF GRIEVING

By Wesley Enoch and Deborah Mailman

“Wesley Enoch and Deborah Mailman are two of our greatest theatre minds. This classic and beloved Australian play should be revived every year as far as I’m concerned. Part-theatre, part-ceremony, part-meditation, this is a virtuoso vehicle for an actress. We’re lucky to have one of the best in the divine Elaine Crombie.”

A ferocious new work that rocks the very foundations upon which theatre is built. Starring Emily Barclay and presented by State Theatre Company South Australia and Sydney Theatre Company.

“The minute I put down this script, I knew we had to do it. Completely original, daring and coruscating, it goes where other plays about power and gender and art fear to tread. It breaks the fourth wall and the fifth and the sixth... Add an actor like Please Like Me’s Emily Barclay, it will be unmissable.” The mind-bending Victorian thriller by Patrick Hamilton comes storming into 2020 under the direction of Catherine Fitzgerald.

“Who could have ever foreseen that the title of a crime thriller from the 1930s would become a buzzword in our conversations about gender politics and our relationships today? I can’t wait to see how Catherine flips this classic psychodrama on its head with a new twist that still honours the play’s original power and shock.”

“The first person to ever give me a mainstage theatre job was Australian entertainment legend Nancye Hayes. It’s time for me to repay the favour and I know this role will be one of her greatest triumphs. I can think of no one better than her to pull this particular ripcord on our end of year comedy.”