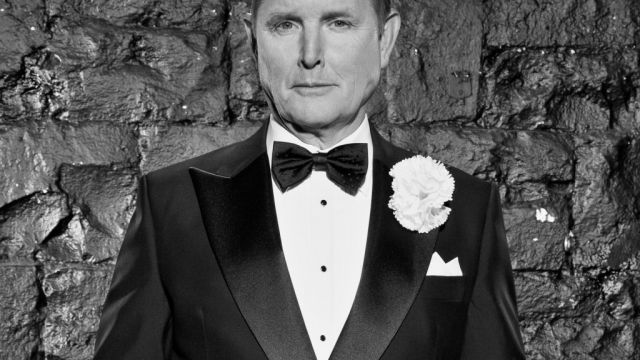 Producers John Frost and Suzanne Jones have announced that iconic Australian entertainer Tom Burlinson will join the cast of the multi-award winning, record breaking musical CHICAGO for its seasons in Sydney and Brisbane playing the role of the cunning and charismatic lawyer Billy Flynn.

“I am thrilled to be given the opportunity to play the great role of Billy Flynn in the Sydney and Brisbane seasons of Chicago. I’m looking forward to working with my co-stars and the creative professionals in rehearsal as we prepare to present this wonderful show”, said Tom Burlinson.

“We are excited to have Tom Burlinson join the cast in the legendary Broadway institution that is Chicago. Tom is one of our country’s favourite entertainers and he will bring such class and sophistication to the stage playing the calculating Billy Flynn. We are very much looking forward to seeing Tom on stage with the rest of the cast very soon when the production premieres in Sydney in August”, said the producers.

Tom Burlinson’s performing career has spanned over 40 years. Since his breakthrough role in the iconic The Man from Snowy River Tom has been a fixture on Australian stages, films and television. The NIDA graduate has appeared in many musicals in Australia including The Producers, Miracle City and How to Succeed in Business Without Really Trying and was a judge on Australia Got Talent alongside Dannii Minogue and Red Symons for 3 seasons. Tom’s film career has seen him appear in many Australian and international films including Phar Lap, Flesh & Blood, Windrider and Piece of Cake. Most recently the stage is where Tom spends most of his time having created and toured with many music shows including Frank – A Life in Song, Now we’re Swingin!, Young at Heart with Melinda Schneider, Swing That Music with Emma Pask, Ed Wilson and The Sydney All Star Big Band and Great American Songbook. 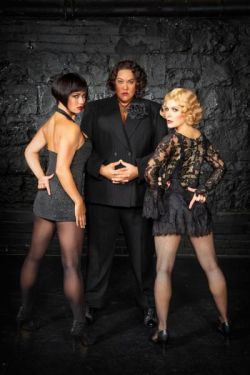 Sharing the stage with Tom Burlinson will be Natalie Bassingthwaighte as the irreverent and determined Roxie Hart, Alinta Chidzey as the empowered and glamorous Velma Kelly and Casey Donovan  as the tough and sassy prison warden Matron ‘Mama’ Morton.

The Kander & Ebb musical has been seen by over 31 million people worldwide in 36 countries and is the winner of six Tony Awards, two Olivier Awards and a Grammy Award. Chicago continues to play on Broadway and around the world in multiple languages and is the longest running American musical in Broadway and West End history.

Set amidst the razzle-dazzle decadence of the 1920s, Chicago is the story of Roxie Hart, a housewife and nightclub dancer who murders her on-the-side lover after he threatens to walk out on her. Desperate to avoid conviction, she dupes the public, the media and her rival cellmate, Velma Kelly, by hiring Chicago’s slickest criminal lawyer Billy Flynn to transform her malicious crime into a barrage of sensational headlines, the likes of which might just as easily be ripped from today's tabloids.

Chicago is supported by the NSW Government through its tourism and major events agency Destination NSW.