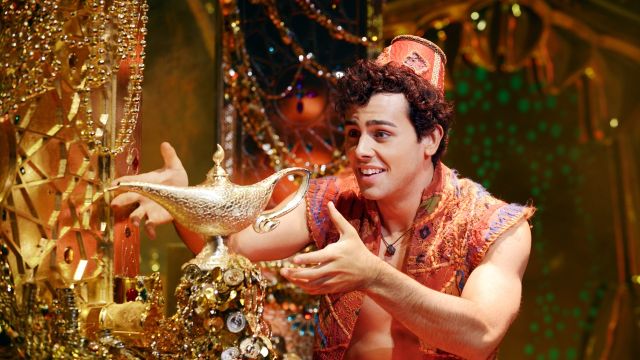 Disney Theatrical Productions confirmed that its hit Broadway musical Aladdin will extend the magic carpet ride to Brisbane and Perth in 2018.

A waitlist is now open for those wishing to be first in line for tickets when they go on pre-sale in October for Brisbane and November for Perth.

New tickets for the Melbourne season go on sale to the general public tomorrow, Thursday 11 May.

To book or register visit aladdinthemusical.com.au

The Australian production boasts a cast of 34 and a staggering 337 glittering costumes, which feature 1,225 different fabrics, 712 different styles of beads and almost 500,000 Swarovski crystals used in the costumes alone. Forty tonnes of exotic flying scenery and 60 tonnes of automation and staging will be transferred across Australia in no fewer than twenty six 48 foot trucks to recreate the fantasy city of Agrabah including the colourful marketplace, the lush palace of the Sultan and his princess daughter Jasmine and the legendary Cave of Wonders. 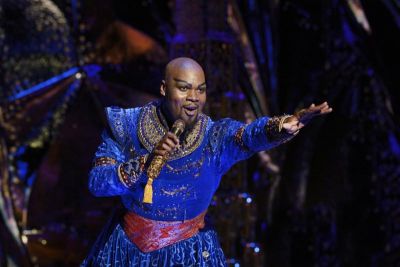 Aladdin opened on Broadway to critical acclaim on March 20, 2014 and quickly established itself as one of the biggest new blockbusters in recent years, breaking 11 New Amsterdam Theatre house records and welcoming over 4 million people worldwide. It continues its sold out run there while expanding its global footprint to include productions in Tokyo, Hamburg, London and Australia with a North American tour launched in Chicago last month.

This new production features a full score, including the five songs from the Academy Award-winning soundtrack and more written especially for the stage. 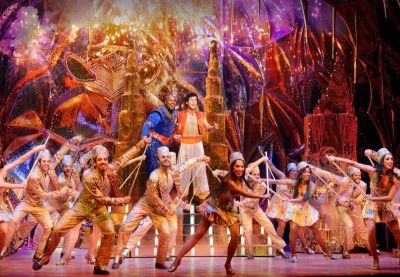 The animated film Aladdin was released by Disney in 1992 and was a critical and box office smash, grossing over $500 million worldwide (not adjusted for inflation) and becoming the highest-grossing film of the year.

The film won the Oscar for Best Original Score and introduced the hit song “A Whole New World,” which won the second of the film’s two Academy Awards as Best Original Song. The Peabo Bryson/Regina Belle recording of the tune soared to #1 on the Billboard Hot 100 chart.