Mitchell Butel in Bernstein and Candide 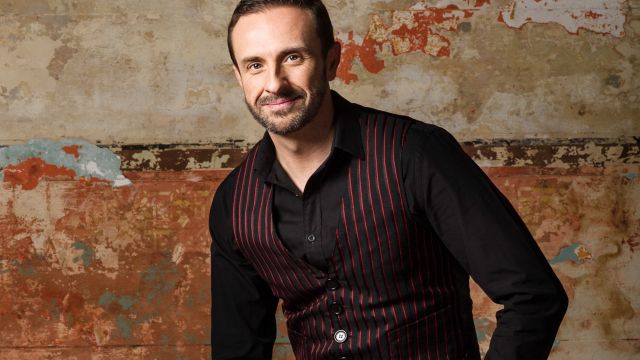 As part of the international celebrations for the 100th anniversary of Leonard Bernstein’s birth, Sydney Philharmonia Choirs will present a concert version of Bernstein’s Candide at Sydney Opera House on September 29 and 30, 2018.

Although the original 1956 Broadway season of Candide met with mixed reviews, the Colombia Records recording of the original cast album thrived and Bernstein's score gained a sort of cult status.

Over the following decades Bernstein collaborated on five versions of his operetta, each time adding to the show’s song list, and further enhancing the work’s increasingly legendary reputation.

Stage Whispers: Tell us about your passion for Bernstein.

Mitchell Butel. It is wonderful to celebrate the 100 year anniversary of Bernstein’s birth with Candide. I am a big fan of Bernstein on many levels – the power and grandeur of works like the On the Waterfront Symphonic Suite, the wit and charm of On the Town and Wonderful Town, the drama and electricity of West Side Story. Candide combines all those things. SW: What is it about Candide that makes it so unique as a piece of musical theatre?

MB: It is the original and dare I say the best “quest” musical. No other musical traverses so many countries, adventures, plots and musical styles. And it combines so many genres – operetta, gavottes, waltzes, musical comedy, Wagnerian choral singing, Gilbert and Sullivan patter songs. It is delicious.

SW: For a show which didn’t really find its mark on Broadway initially, what is it that keeps drawing creatives and performers to it?

MB: The music is so brilliant and diverse and there’s something about the hero/quest narrative – and one in which all the characters seek to find the purpose of life – that resonates with all ages and types of people.

SW: Bernstein and various collaborators kept reworking the piece over and over again. How have the various revisions and changes re-shaped the show?

MB: There are so many different versions of the show with different leanings. We have licensed the Concert Version of the Scottish Opera Version which is a great synthesis of the best music from the show and the funniest moments in my opinion.

SW: Candide has a sort of ‘cult’, even ‘legend’, reputation amongst musical theatre fans. How does its appeal stretch beyond that to the broader public.

MB: For those who haven’t seen or heard the piece before, I know they will be delighted by the imaginative scale, wit and heart of the work and also be dazzled by the brilliance of its shimmering score.

SW: Candide has gained far greater popularity through its various revivals than it achieved originally. Was it ahead of its time?

MB: I think its various incarnations have reflected the time that it’s in. The original Lillian Hellman book is dark and literary whereas the Hugh Wheeler book is more reflective of other developments in musical theatre storytelling. It is a piece for ALL times.

SW: What is it about the characters and, of course, their music, which attracts performers to them?

MB: The characters all have a mix of incredible innocence but also growing worldiness so the playing arcs are interesting for everybody. And the piece offers such wonderful opportunities for showmanship and vocal pyrotechnics.

SW: Glitter and Be Gay has become one of the great songs for Soprano Divas. What are the challenges of the song?

MB: Well the E flats for a start. It is a beast of a song in so many ways because it has to sound like a mad scene and a thousand butterflies all at the same time. And there’s so much story and crisis to be played in it as well. It’s a challenge and one that our Cunengonde, Annie Aitken is conquering beautifully. She will knock people’s socks off!

Musicals in 2018 and Beyond