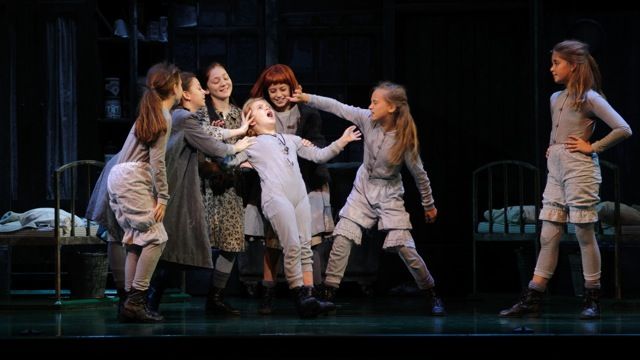 Miss Hannigan hates ‘em, but last night the audience adored them. Annie’s orphans, headed by Chloe Thiel in the title role, and the scene-stealing moppet Kennedy Foley as Molly, walked away with the show. Their precision-drilled routines, their powerhouse vocals, and their drive gave the show its momentum and its heart. 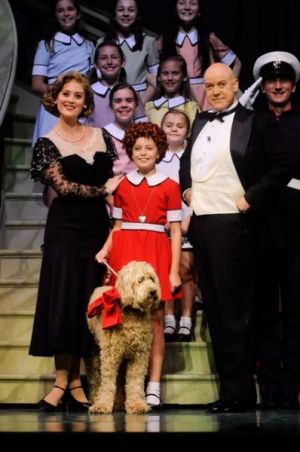 After the Orphans “It’s a Hard Knock Life” and “You’re Never Fully Dressed Without a Smile,” Hayes, McKenney and Dallimore’s “Easy Street” was the undoubted hit of the night. With a full bare stage to fill, their dancing skills were showcased to maximum effect bringing the house down.

Good Support came from Julie Goodwin who made a charming Grace, Jack Webster as a twinkle-toed Drake, Luke Joslin mugging shamelessly as Bert Healey, and Anna Freeland as the “star to be” who sang the heart of “N.Y.C.” Surprise of the night was theatrical-virgin Alan Jones as F.D.R. who sang and acted like he’d been on stage his whole life.

Sets and costumes were period-perfect and inventive as was the choreography. Peter Casey’s musical direction was crisp, a word you could happily apply to the whole production.

Casting of Children for Brisbane season

Dancing with Todd: How his Annie dancing partners rate him

Musicals in 2012 and Beyond