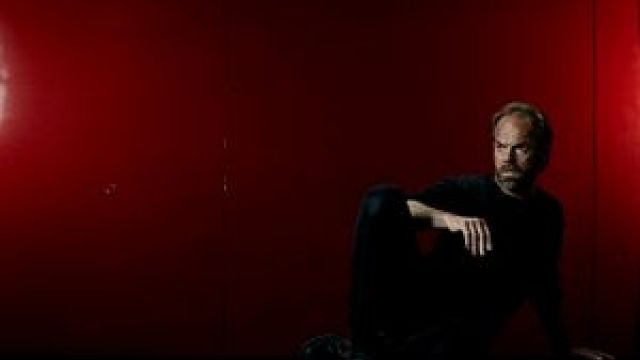 Australia’s theatre companies have dished up a smorgasbord for 2014. There are lashings of stars and classics, sex and comedy, music and cross-dressing and more than a few plays by an English playwright born 450 years ago.

The most extraordinary Shakespeare of 2014 should be Macbeth starring Hugo Weaving (pictured left). The Sydney Theatre will be turned back to front, with the audience watching from the stage.

Giving The Bard a run for his money in the harbour city is David Williamson. For Sydney’s Ensemble Theatre he has no less than four plays on, and is even directing one of them (maybe he could also fill in as an usher if they short staffed). The Sydney Theatre Company is reviving Travelling North and the Griffin Theatre, Emerald City.

The favourite pastime of many companies (re-writing the classics) will reach the peak of curiosity when Belvoir stages Hedda Gabler with a man in the title role. Malthouse and the Sydney Theatre Company will join in the cross-dressing fun with Paul Capsis in Calpurnia Descending. 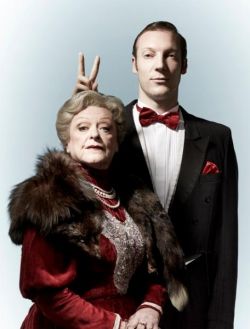 If men seem to be taking over the divas’ roles, Nancye Hayes (pictured right) is pulling one back for the ladies as Lady Bracknell in The Importance of Being Earnest in Adelaide, reclaiming the role from Geoffrey Rush, in a production which will also tour.

The Effect, a new play by British playwright Lucy Prebble (ENRON) concerned with medication and the questions of how far is too far, will be seen in a co-production in Sydney and Brisbane, while there will be a separate Melbourne production starring Sigrid Thornton.

Ben Elton is revisiting his play Gasping, first performed in 1990, and is re-imagining it for a new era and new country. The play will now be called Gasp! in a co-production between Black Swan State Theatre Company and Queensland Theatre Company.

In a major coup, State Theatre Company of SA will be presenting the Australian premiere of The Suit, a work from Peter Brook and Théâtre Des Bouffes Du Nor.

The STC continues its relationship with Belgian company Ontroerend Goed for Fight Night, where audience members will use handheld devices to determine the outcome of each night. The production will be staged in Sydney following an Adelaide Festival season.

Across various companies, Daniel Keane’s The Long Way Home, which reflects the experiences of Australian servicemen and women deployed on operations in Iraq, Afghanistan and East Timor, and be presented in conjunction with The Australian Defence Force.

You can’t see everything, so what mainstage productions should you buy tickets for in 2014? Stage Whispers asked the Artistic Directors to help you choose. All were asked to nominate what they would buy tickets to if they could only go to two productions; what productions would suit theatre tragics; what they’d recommend to those after something edgy; what play offers pure entertainment and, finally, a suggestion for young audiences. 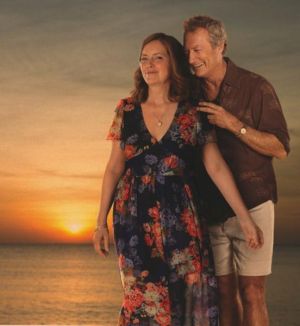 Something edgy: Fight Night– Alexander Devriendt and his company Ontroerend Goed (in cahoots with The Border Project) are at the cutting edge of the intersection between the audience and the actor.

Entertain me: Take your pick! Just Two: David Williamson’s Cruise Control (if they can get a ticket) set on a cruise and based, as ever with David, on experience -- and then perhaps Clybourne Park (Pulitzer Prize and Tony Award winner) as a great conceit and very thought-provoking as well as funny. It deals with race, wealth and neighbours.

Something Edgy: I think the David Williamson trilogy of plays at the Concourse will be wonderful – Face To Face  (about community conferencing ) was an amazing experience when I saw it in ‘99 and stays with me even now.

Just for laughs: Again Cruise Control, and Dark Voyager is a terrific comedy about the famous. Also Absent Friends - the classic Alan Ayckbourn play is one of his very best.

For young audiences: We’re Going On A Bear Huntcoming back for a second time.  I remember my first experience when I was five! Maybe that’s where it all started. 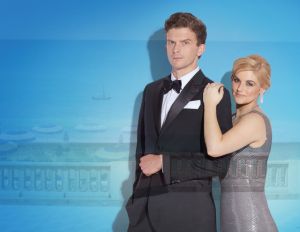 Just two:  The Speechmaker. And not just because I’m directing it! It is the first play by Australia’s comic royalty – the Working Dog boys Santo Cilauro, Tom Gleisner and Rob Sitch – and a hilarious and beautifully observed satire set aboard Air Force One. Once - this is a beautiful romantic musical based on the film of the same name. This will be the original Broadway production that swept the Tony Awards but with a local cast.

Something edgy: Cock– one of the best new international plays of the last few years and a brilliant portrait of sexual identity in the 21st century. It also features original music from Missy Higgins. The Sublime – a blisteringly topical and no holds barred account of football and sex, written by the man with his finger on the pulse of contemporary masculinity: Brendan Cowell.

For young audiences: Two standouts are Matthew Whittet’s reworking of Little Red Riding Hood, Big Bad Wolf and the Arena show Marlin, which will be set in a sea of foam. 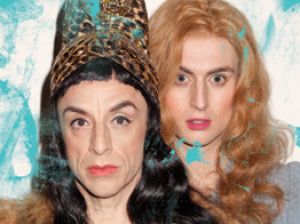 Edgy: Ugly Mugs is a new Australian play by Peta Brady that takes us into some gritty territory with a highly poetic voice.

Entertain Me: Both Philadelphia Story and Calpurnia Descending - book-end the year with these highly entertaining and funny pieces. Calpurnia (image left) is likely to be pretty subversive too!

For young audiences: The Witches - after Roald Dahl's fabulous story - it's a solo performance by the masterful Guy Edmunds and it will have both adults and children squealing in delight. 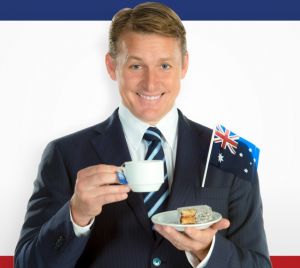 Just Two: With our preview packages you can afford three for the price of two. I'd say Australia Day (image right of Paul Bishop - photo by Aaron Tait), Macbeth and Gasp! Two comedies and a classic.

Something edgy: I think Gloria, The Mountaintop, The Effect, A Tribute of Sorts are all plays that mix ideas with form exploration. Black Diggers will be a big piece built for festivals which will explode myths and tell the hard to tell stories.

Just entertain me: Australia Dayand Gasp! are big invitations to sit back and enjoy the wit and humour of two very comic writers.

For younger audiences: The Magic Hour is a show that will appeal because of the humour.

Just Two: Tear up the season book, pin all the shows to the wall and then blindfold yourself and play Pin The Tail On The Donkey. I think they're all great. I honestly couldn't choose just two!

Something edgy: Hedda and Nora. See them both. Revel in the different ways that two of the best directors in the country tackle Ibsen's two great tragedies.

Entertain Me:Oedipus Schmoedipus (billed as a ridiculous romp through all the great death scenes of the western theatrical canon). Those women from Post are CRRRAZZZZY! Just Two: Little Bird and The Suit. Two extraordinary and wonderful pieces of work, both featuring exceptional artists. One piece made right here in Adelaide, the other in France via South Africa. Both shows fit in the 'don't miss it' category!

Something edgy: Nescha Jelk's production of Othello. It's going to be raw, powerful and unforgettable.

Entertain Me: The Importance of Being Earnest. Easily one of the best comedies ever written with two of our best actors in Nathan O'Keefe and Nancye Hayes. A riotous night. For theatre tragics: The Seagull by Anton Chekhov, starring Greta Scacchi and her daughter Leila George.

Something edgy: Dust by Suzie Miller. The play is set on a day when Perth is blanketed with red dust, and follows different people whose worlds are turned upside down in the chaos.

Entertain me: No question - Laughter on the 23rdFloor by Neil Simon.

And if you like psycho thrillers, The House on The Lake by Aidan Fennessy is the play for you. 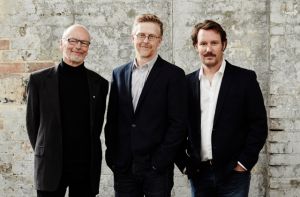 Henry V. This contemporary take inspired by the true story of a group of boys who rehearsed plays in a bunker during the Blitz in 1941 will tour to 32 venues.

Including youth: a new version of A Midsummer Night’s Dream, titled The Dream, runs a family-friendly 90-minutes and there’s a new schools production of Macbeth,