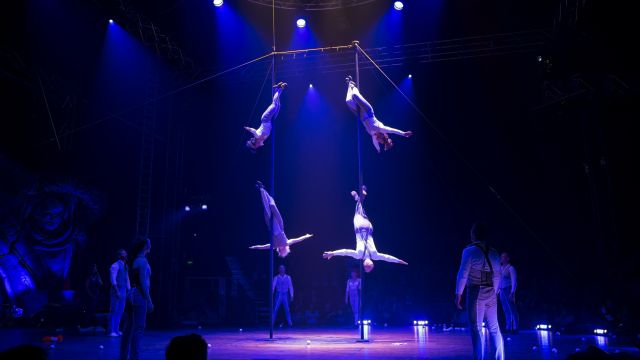 John McKissock from Clearlight Shows speaks to David Spicer about lighting performers on a tightrope and companies with tight budgets.

Lighting a production is important, but in the case of a Circus it could be life or death.

"It is very hard to light a circus. The position of the fixtures is crucial. You can’t blind the performers. So the light design is critical," John McKissocksaid.

Images come to mind of a juggler tossing swords suddenly losing track of a blade or a tightrope walker losing his/her step.

Clearlight Shows, based in Melbourne's south-east, is the official supplier of lights to Circus Oz. Managing Director John McKissock says his company has to be meticulous.

"A touring company like Circus Oz has to get a rig up very quickly. They don’t want to be pulling down fixtures."

Circus Oz gives his company a wish-list to take on the road.

"They are taking Robe Robins (a moving light LED wash fixture) and Vipers (a powerful follow spot). Both are reliable and quality products."

John McKissock has been in the industry for 40 years. He's worked on events at the big of the town such as The Logies and Prime Minister's dinners.The company still dabbles in light production.

"I get as much satisfaction supporting a local community theatre as big events." 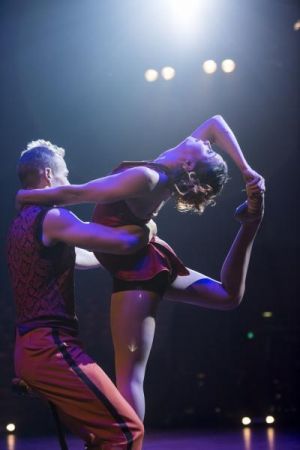 Clearlight's main business, however, is renting and selling lights from its Moorabbin showroom to venues, corporate events and art galleries.

"We don’t have a lot of gear but we are meticulous about maintenance.

"We win jobs because we are a small rental company and all the gear goes out exactly as it should be."

What are Clearlight's most popular fixtures?

He nominates Martin Vipers, and Robe Robin 800 LED Wash Light because of its "fantastic colours".

"It has great colours. We have sold lots to performing arts centres. Everyone just loves them."

Clearlight has not given up on tungsten lights.

"They have at least another ten years. Many venues are still using Pattern 123 Strand fixtures. It still works fine if you have a globe."

"Lamps are getting harder to source, so we are stocking up."

What new products excite you?

"We are investing heavily in LED products for rental such as the Selecon RAMA Frenels. These are 120 watts but equivalent to a 1000 watt frenel and you don’t need any dimmers."

And then there are the fancy special effects lights.

"They run for hours, and have an in built stand and a magnetic back to them, so you can dot them around the set and control them from a lighting console with no wire.

"The lights have little infrared remote controls with a colour chase. You can do cute things with them."

Originally published in the May / June 2016 edition of Stage Whispers