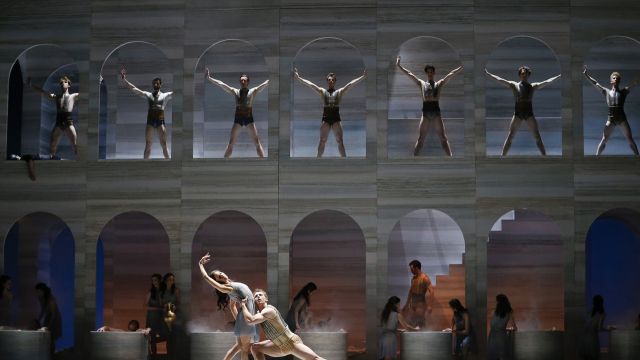 A passion for Lighting Design has propelled 2002 WAAPA graduate Benjamin Cisterne into a successful career.

Benjamin Cisterne has worked as a lighting designer for 20 years with numerous major companies.

“When I was a kid, I really enjoyed pulling things apart and working out how to put them back together,” explains Cisterne. “I was really interested in the mechanics and technology of how something worked.

“By the time I was 14, I was doing the lighting at school for the drama productions, so it all really started by me following what I was naturally interested in doing.”

After working as a general technician, doing lights and sound for independent theatre companies in Sydney, Cisterne was encouraged by lighting designer and former WAAPA lecturer Joe Mercurio to study lighting design at a tertiary level. “The WAAPA course was well rounded and I entered the industry with a solid base knowledge of the roles I could fulfil,” he says.

“When I graduated, I spent my first five years in the industry as a junior, building on that learning and increasing my knowledge and skill set. Later with my move into the design field I found myself often referring back to those basic principles taught at WAAPA when beginning a project.”

Cisterne now runs his own lighting design and consultancy business, working as a designer and design manager for Performing Arts companies, museums, exhibitions and on architectural projects throughout Australia and the world.

His most recent work with the Australian Ballet on Spartacus was his sixth collaboration with the national company.

Cisterne is particularly proud of his work as the lead lighting design consultant on the upgrade to the First World War galleries at the Australian War Memorial in Canberra, including new lighting designs to the dioramas.

Cisterne describes how diverse his working day can be, taking him from discussing an upcoming production with a choreographer in a dance studio, to running through cues with a director of a theatre work that’s bumping in, to meeting with a construction manager on a building site to pass on instructions for the electrical contractor.

Cisterne’s advice to budding lighting designers is to become a part of the industry by taking in everything that’s available.

“See every performance you can. Go to every art gallery and museum, and see every film you can. Start building a library of ‘intel’ in your head and start collecting imagery that interests you for any reason,” he recommends.

“If you can, go to university. Once out of uni, take some time to travel. There are so many opportunities to go on tour and spend time in Europe, Asia or the US. It will enable you to see more of the world. Your career will naturally unfold if you’re interested in the industry and become a part of it.”

Production images from The Australian Ballet's Spartacus by Jeff Busby.