The Phantom of the Opera Lighting Rig 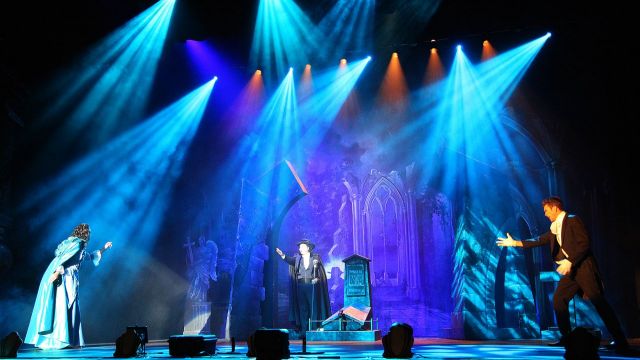 Jason Bovaird from Moving Light Productions was asked to provide technical management and lighting design for two productions of The Phantom of the Opera in Melbourne (Windmill Theatre) and Launceston Tasmania (Encore). He explains the soaring challenges posed by both productions.

The first question I asked both companies was whether they wanted the show staged traditionally or to have a fresh new look?

With CLOC Music Theatre company having already staged the spectacular World Amateur Premiere production in May, Windmill wanted to do the show slightly differently, using video projection for a number of the scenes, allowing the use of more fly bars instead of cloths.

Encore Theatre Company, Launceston wanted a traditional feel with cloths but a fresh new modern look in terms of the lighting, similar to the 25th Anniversary The Phantom Of the Opera special.

Working with Windmill was a challenge as the video projection involved moving images that needed to be clear and classy. A 10,000 lumen projector was installed and mapped with the images. With over 25 Movinglights in the rig the projector needed to also be rigged off LX 1 so there was no movement from the movinglights during the show.

For both companies I chose to incorporate old school lighting with the rig consisting of 1.2k Fresnels for side fill wash, Source Four Zooms for Backlight and Side decal wash and FOH wash. 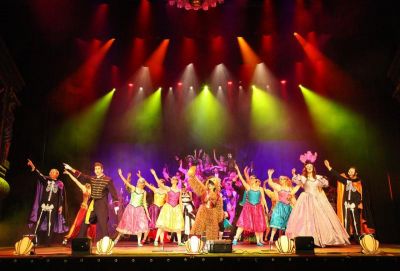 For Encore Theatre Company I rigged 15 moving heads on the Orchestra bar and FOH Truss for the “25th Anniversary” opening look that the direction team wanted, along with 12 washes and 10 Mac 250 spots on the onstage bars. Backlight consisted of 8 watt Led Pars and Fresnels as a soft flesh wash to balance the richness of the colour onstage.

The wonderful thing about having a moving light rig in the show is that it allows you to create a spectacular moment such as “the Lair scene” where you want to be able to create an underground horror and yet have it still look majestically beautiful. In Launceston, Tasmania we were able to recreate all the bells and whistles of the lights moving throughout the audience of the eight minutes of the chandelier rising to give it that extra powerful impact during the key change.

Encore Theatre Company engaged us to take full control of all technical elements of the show including engaging a rigger Kieren Santoso and Howard’s pyrotechnic company to provide a spectacular array of pyrotechnics throughout the show and all rigging elements such as the 2 metre wide chandelier, Raoul’s hanging noose and Buquet body drop.

The director wanted pyrotechnics coming off the three metre wide chandelier as it rose up in the air at various points. We worked with the pyrotechnic company to provide all the right risk assessments and management documentation for this effect along with the safe management of the chandeliers crashing to the floor at a great rate. 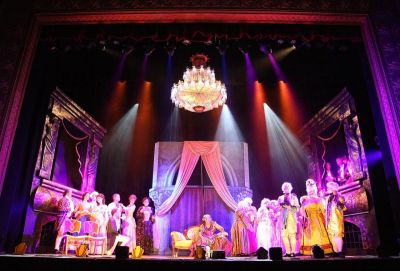 Never before had the Princess Theatre, Launceston had such large pyrotechnics nor complicated technical elements in shows.

For the year ahead Moving Light Productions will have another The Phantom of The Opera with Babirra Music Theatre Company in May, five national tour lighting designs on the road with Hit Productions, two new Australian Works in the making to be staged, and its regular clients such as RMIT Gallery, Life Like Touring, Wesley College, St Michael’s Grammar School, Emmaus College, Whitefriars College, corporate clients and many more.

Recently the team from MLP was appointed by ABC TV and Andrew Kay and Associates to production manage and create the beautiful and atmospheric lighting for the National Tour of Giggle and Hoot. Another exciting project has been providing advice on the lighting component for Wesley College on the construction of their 30 million dollar theatre. This was launched in February with state of the art lighting equipment.

Moving Light Productions looks forward to working with new clients and can be found at www.movinglight.com.au

Originally published in the May / June 2014 edition of Stage Whispers.

Images: The Graveyard Scene, 'Masquerade' and 'Don Juan Triumphant' from Encore Theatre Company's The Phantom of the Opera. 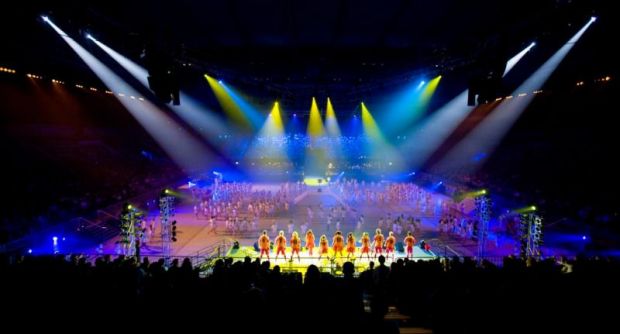 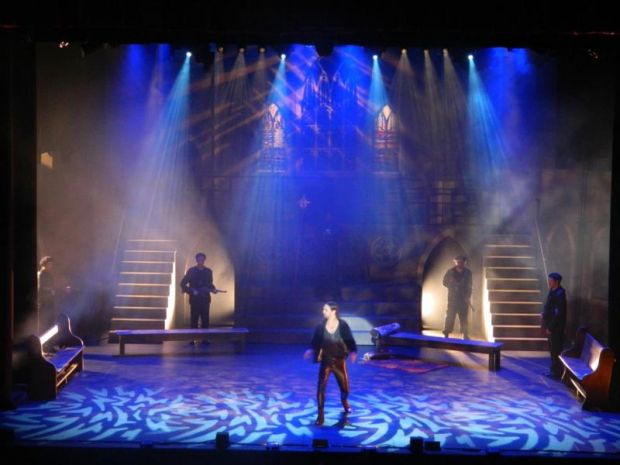