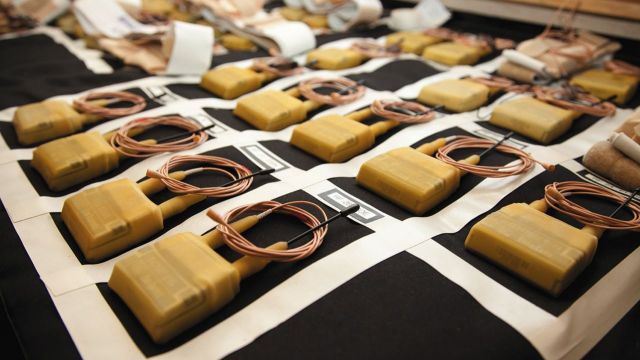 Using your old radio microphone became a criminal offence on the first of January 2015, when Telstra and Optus officially took over the spectrum previously used for audio equipment for mobile phone coverage. David Spicer asked Ian Harvey, the Executive Officer of the Australian Commercial and Entertainment Technologies Association, to explain how the new system will work.

David Spicer: What happened on January 1.

Ian Harvey: Telstra and Optus took over the majority of the spectrum above 694 megahertz. That is 40 percent of what was previously available for radio microphones and ear monitoring.

As a consequence it became illegal to use the 694 to 820 megahertz spectrum. There are potentially fines of up to $5000 and jail time. We don’t expect they will be putting people in prison but it is on the statute books.

DS: Does it mean all old radio microphones are unusable?

IH: About 250,000 need to have been replaced by now. But it could be that as many as 400,000 need to be thrown out. The cost of converting them is higher than buying new ones.

DS: Has this been a bonanza for audio industry?

IH: No doubt there are benefits but it is not really something we wanted to do. We know not all the people have changed over. There will be lots of complaints about equipment not working properly because of interference from mobile phones.

DS: Do you think a lot of schools, theatres and churches will keep using their old equipment?

IH: Professional users know this system is happening. But anyone who has a plug-in microphone at churches, schools, community groups, or marriage celebrants, will be surprised when their product starts to malfunction.

DS: How will it malfunction?

IH: It will begin with occasional interference from a mobile phone operating in the same physical space as the radio mic. Eventually that interference will become common.  The power of a mobile is ten times that of a radio mic; he who has the most power wins. Before a mobile ringing was a problem. Now anyone in the audience with a phone that communicates with its base or has a message come through could disrupt the quality of the radio microphone. It will be a crackling drop out.

DS: Have the authorities warned the community adequately about this?

IH: No. There have been inadequate efforts from both varieties of Federal Government. They have not assisted anyone in any way.

DS: What percentage of microphones have been upgraded? IH: We don’t exactly know. The professional side of industry has largely moved. The university sector is making their moves as well as isolated churches and other groups. If everyone changed over that would be the equivalent of 15 years in sales over 18-month period. But audio sellers are not seeing anything like that. It is just up 30 percent. We will start seeing issues from March.

IH: From 520 to 694 hertz the quality is good. The lower the frequency has more power. But there may not be enough of it. It is complicated working around TV, especially in crowded transmission environments (due to geography) around the country, such as Sydney, Gold Coast and the Brisbane.

DS: Does this mean radio mics into the future will be less portable?

IH: Yes. Different cities have different TV frequency bands. If you are running a theatre production touring from Perth, then Melbourne and finishing in Brisbane you will need three different types of radio microphones. This has never been the case before.

DS: You can’t re-tune them?

IH: The microphones only work to a particular frequency. One initiative that should help production companies is that providing they are operating indoors, they can use the whole of the available spectrum. This would apply in buildings big enough to be shielded from any errant broadcast inside.

DS: What does a new radio mic kit cost?

IH: From about $500 to multiple thousand dollars. For a big musical such as The Lion King or Wicked the lead artists would have a radio mic kit and earpiece worth $12,000 each. In some cases they would have two of them for a costume change. But a lapel microphone which a marriage celebrant uses would cost about $500.

DS: How easy are they to break?

IH: They are reasonably robust. An average radio mic has a ten year duty cycle. Overall this changeover will cost the community $220 million if everyone does it.

DS: Do you think the change was justified?

IH: The spectrum is highly valuable and sought after. Telecommunication companies argued why they should have more and why TV and others should have less. But the approach of original minister, Stephen Conroy, was unforgiveable. Normally when a Government takes away a property or an asset they compensate the users of that property. The users of the spectrum represent a $32 billion industry – from entertainment, to fitness, to broadcast, to universities. The Government got $2 billion dollars from the telecommunication companies but we got no compensation. We looked at taking out a class action, but decided against it because governments can make their own rules.