Size Matters (when it comes to sound) 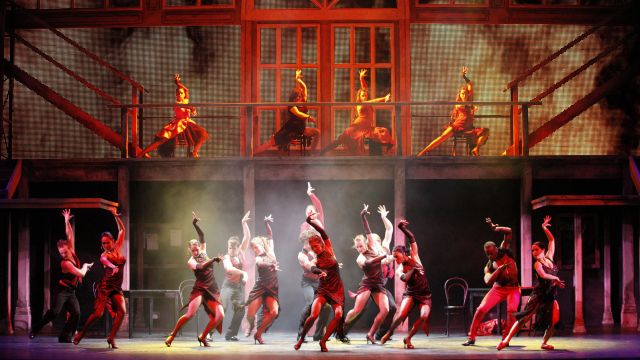 Michael Waters is probably Australia’s most recognised and lauded theatre sound designers and currently he is rushed off his feet looking after three productions; Fame the Musical, West Side Story and Hairspray.

Jands Production Services has supplied the audio set up for all three hit musicals and the one thing they all have in common is that they rely on Shure wireless microphones.

Of particular note, they are the new lightweight and discreet Shure UHF-R Micro Bodypack Transmitters (UR1M), a product Michael is delighted with.

“It is a very new product which has not yet been widely commissioned in the theatre world,” he remarked. “JPS and I are one of the first rental companies to dive head long into using it with three productions on the road!”

Costumes are a major feature of musical theatre and so the fact that the Shure UR1M is only 49 mm x 60 mm x 17 mm in size and weighs in at only 62g is a considerable attraction.

”They are very small and in theatre world costumes are a major consideration,” Michael concurred. “Directors and costume designers don’t want to see any bulbous lumps on the back of the costumes. This is particularly important where skimpy leotards are worn such as in Fame. It also gets really tricky when you have to put double packs on performers and sometimes three packs if you have an in ear monitor – you can end up with a large spare tyre on the performer!”

Of course Michael is not using the Shure UR1M Micro Bodypack just for its size – he reports that they also sound great.

”Not only do they sound fabulous, they seem to be withstanding a lot of physical activity,” he added. “All three musicals incorporate a considerable amount of choreography, with a lot of energy and sweat produced on stage, but they’re standing up really well.

”Kelley Abbey, director and choreographer on Fame the Musical, was extremely happy with them.”

According to Michael, the overseas creative team on West Side Story had not seen the Shure UHF-R Micro Bodypack Transmitters before this production. They were so impressed by them they are now looking at possibly using them on other productions of the musical around the world.