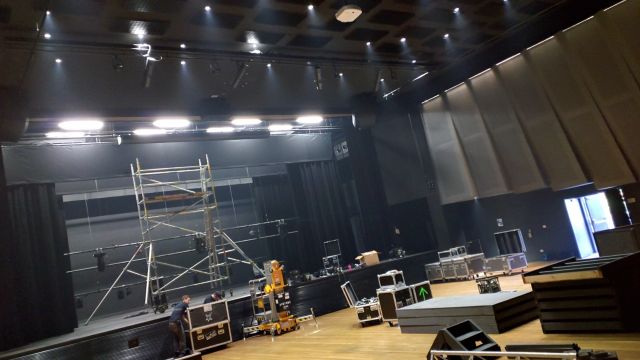 Mixing sound is never as simple as just turning up someone’s microphone. Cameron Hissey from Loud and Clear says being a sound engineer is like being a performer. The bigger the show, the bigger the performance skills needed.  He describes the efforts behind a mammoth production of The Phantom of the Opera.

Imagine you’re responsible for ensuring every line of dialogue, every oboe solo, every sound effect is heard at the right moment, and more importantly, not heard when it shouldn’t be. Imagine 80+ individual unique sound sources at your fingertips, requiring constant fine adjustment. Imagine turning these 80+ individual elements into a blended, musically appealing mix of orchestra, soloists, chorus and effects.

Now imagine you have two rehearsals (sometimes if you’re lucky, three) to achieve that mix before you are presented with an opening night audience. Sound stressful? This is the job of a musical theatre sound engineer.

Recently, I was the sound designer and mix engineer for the Blue Mountains Musical Society production of The Phantom of the Opera. It ran for 10 performances, across 3 weekends, in the newly completed Blue Mountains Community Hub.

Like many community venues, there were funding limitations that led to a number of shortcomings in the final building. Aubtin Namdar, Vice-President, said: “We are very happy to have a lovely new venue but it has some serious  technical hurdles. There is nowhere for an orchestra, so we’ve had to find a way to virtually represent the sound of a live orchestra playing elsewhere in the venue.”

Planning had to start months ahead, and this is twice as important when working in a brand new theatre. I attended a number of site inspections, where we took copious amounts of notes and measurements, allowing us to completely model the room we would be working in. We identified where power was available, what tie lines were available to stage, what rigging points were installed and what their ratings were.

The orchestra for The Phantom of the Opera has 27 parts. Eight channels of Audio were needed for percussion alone.

We found a meeting room that would be large enough for this orchestra but there was no connectivity available. Thankfully the musical society understood the value of investing in some cabling, and were happy to organise an electrician to install Ethernet/Data, Audio tie lines, and RF cabling to our specs from the theatre control room to the remote room.

When designing sound for community theatre, there are a number of elements to consider. Three factors that must intersect: the show, the venue and the budget. A show like The Phantom of the Opera calls for surround sound, and as such many more P.A. elements will be required than in a production of The Sound of Music. The venue must also come into consideration – what PA is already in the room? Are there any rigging points for additional speakers? Are there patch points to get signal to those speakers? How can we get signal into the existing speakers? Are they up to the job?

Finally, how much can the society afford to spend on sound? 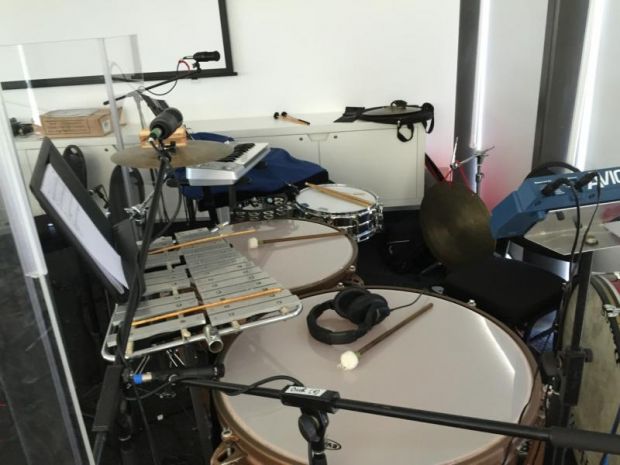 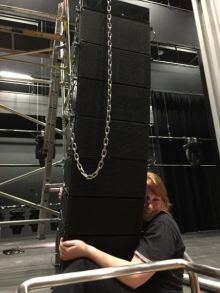 Another important part of planning the audio for any musical production is the mic plot. Who will wear a microphone? In what scenes will they need a microphone? Community groups do not have the budget for every performer on stage to be wearing a microphone, and often with much larger casts than would be seen in a professional production, it would become untenable to expect all 75 – 90 members of a cast to be able to wear a microphone simultaneously.

We have a few tricks up our sleeve for getting all the voices out to the audience. Months in advance we will review a score and libretto, and work with the production team to ensure all individual solos are captured by someone wearing a microphone. This can lead to some creative challenges for a microphone technician:

“There have been productions where I’ve had to change who was wearing a microphone in a short black-out side of stage, or even halfway through a song while performers are still on stage,” David Tucker regales. Thankfully in this production, with 24 headsets on stage, we were able to limit the changes only to a select few. 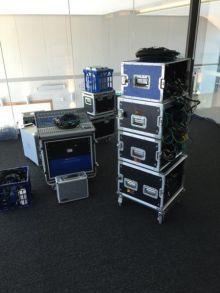 After many months of planning and production meetings the time finally comes to arrive at the venue. It took five people three full days, 12 hours each day, to get all the equipment loaded in and setup.

Tasks included rigging and flying the centre PA speakers, rigging and flying the surround sound speakers, building the mix position, setting up microphones for every orchestra member, setting up headphones for every orchestra member (with their own personal mixers), setting up large TVs and cameras so that the cast can see the conductor (and the conductor can see the cast), installing and configuring numerous fold back speakers on stage (so the cast can hear themselves and the orchestra), as well as setting up nine different computers in multiple isolated computer networks. The show also calls for a large amount of pre-recorded singing and dialogue, so a make-shift vocal booth was erected and about four hours was spent recording various pieces of dialogue. 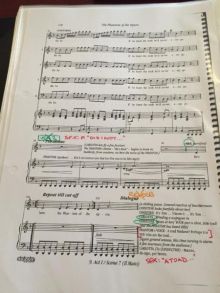 In this production of Phantom, video backdrops were used to great effect, as well as a number of sound effects and the pre-recorded dialogue. Vision, Sound Effects and Pre-Records needed to be triggered at different times by either the Stage Manager, me at the Sound Console, or the Conductor.

Three computers were networked to achieve this, and QLab was used across all these machines to allow all three of us full control at remote locations. All in all, there were 10 separate sends of sound effects into the console, as well as time code control of the lighting console for the overture. This allowed Vision, Lights and Sound to all perform in perfect unison. Additionally, a number of computers were used to monitor and control the Radio Mic receivers, and the multiple mixing consoles. 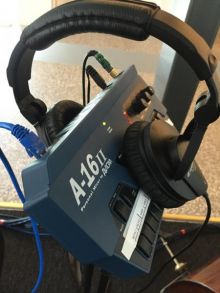 While mixing a show you are constantly moving, making slight adjustments, turning levels up, down, on, off, as well as adding and removing effects. It is never as simple as just turning on everyone’s microphone and hoping for the best.

In essence, mixing the sound for musical theatre is also a performance. To ensure you can give a consistent performance each night, especially given such limited rehearsal time, it is vital to mark up a score or libretto with great detail. This ensures singers’ entries, sound effects, solo orchestral lines, as well as balance between singers and balance between voices and the orchestra are consistently musical every show. It can take up to eight hours to mark up a score correctly, and an example of score mark-up can be seen below.

My experience working with BMMS was extremely positive. By the end of the season, I realised as always, that I had devoted many more hours than we had billed the client for.  At the end of the day, it really boils down to whether or not it is fun to work with the people you’re with, and the cast and crew at BMMS are a group of great people trying to do great things, and I’d say they are achieving their goals. 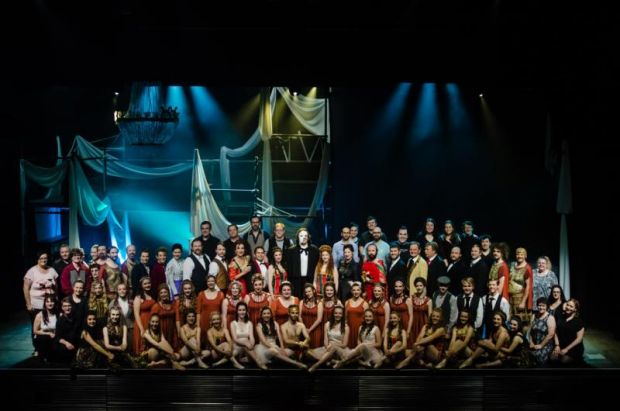