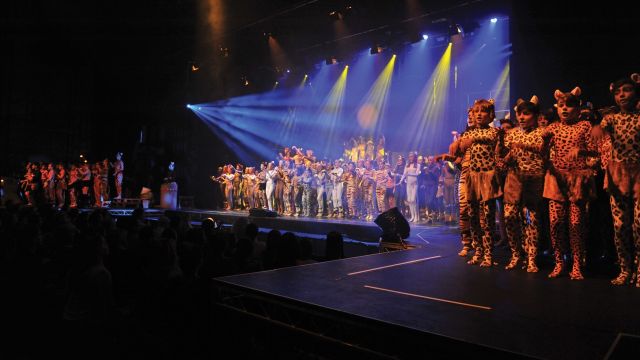 Drew Bisset, Senior Systems Engineer from Loud And Clear Audio, explains the audio challenges of staging a very large school musical. The school was Reddam House, the musical Cats, and the stage was the Everest Theatre at Sydney’s Seymour Centre.

Only moments into our first production meeting it became clear this show was going to be different. With a 180 student cast and crew, a 37 piece orchestra, a trapeze and a six metre stage extension, pyrotechnics and blast cannons involved, it was less pussycats, more Big Cats.

The season was short - just four days in the venue, including bump in and out, all technical rehearsals and two evening performances. This needed some serious production planning!

With schools the focus is on giving every student the opportunity to be in the spotlight (and on a microphone). Casting is often distributed among many students, creating much larger microphone plots and a more complicated mix for the sound operator. 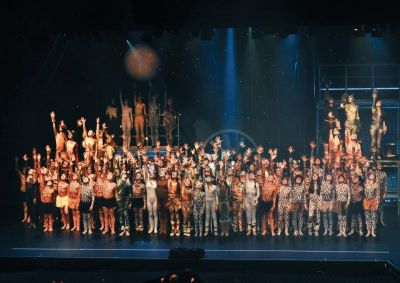 The microphone plot is the result of combining the script and cast list, which gives us the “who has which microphone at what time” information.

With a cast this big, and with so many solo lines, it was not going to be a case of one microphone per cast member. Changes during the show were required.

We got the number of students wearing microphones down to 44 headsets distributed across 32 radio packs. This meant there were quite a few transmitter swaps back and forth during the show. Many of these happened very quickly, as many cast members never leave the stage, and if they do, it’s only briefly.

There are other challenges. Costumes make it tricky to conceal belt packs, while the choreography can strain headsets and cables. We had two microphone technicians to manage the large number of cats and kittens.

The 37 musicians (half students) were set up in the dedicated orchestra pit beneath and in front of the stage. Considering the size of the orchestra and the number of radio mics, we pulled out one of our newest mixing consoles to the family, the d-Live from Allen & Heath. 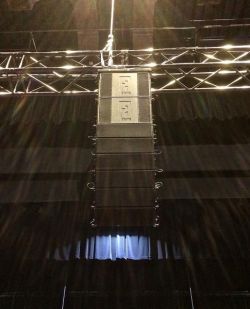 The S7000, a 36 fader frame, combined with the DM64 and DX32 input modules, gave us 96 inputs into 128 channels of audio processing which was plenty of room to accommodate the scale of this production.

Aside from a few ‘first version technical gremlins’, the versatility, intuitive user interface and sonic standard of the d-Live turned out to be the purr-fect choice for this production.

During our venue site inspection we assessed many elements including the stage layout and the proposed extensions. It became clear we needed to supplement the venue’s installed PA with some of our own equipment, as the stage extension put much of the cast in front of the existing system.

With some careful measurements and calculations of the room dimensions, stage and audience area, we decided to bring in a line-array to be rigged in the centre, along with additional subs and front fill.

The system of choice was a 6-element LR14 medium format line-array by Alcons Audio. This gave exceptional coverage across the audience area with world-class definition and clarity.

What makes Alcons unique is their use of high power ribbons in the high frequency drivers, enabling ultra-clear sound reproduction which has highly accurate and focused sound dispersion across the chosen area. 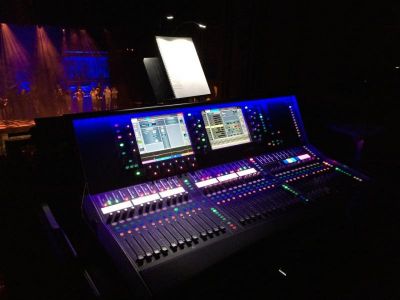 This system also gave exceptional gain before feedback, which is vital in the context of mixing a school production, where, while you often encounter incredible voices, you also find those little voices that need all the help you can give them.

The overall challenge with school productions is the often-limited time to put all the elements together. It takes good pre-production planning, the right personnel and a full team effort to pull the cat out of the bag. At Loud & Clear, school productions have become a speciality of ours. This was our 10th production for Reddam House. Their standard is high. With two outstanding performances by the students it is hard to believe that the production went into rehearsals just six weeks prior to opening night. We are looking forward to the next challenge they throw at us.

Originally pubished in the May / June 2016 edition of Stage Whispers.