WHEN TO STOP A SHOW 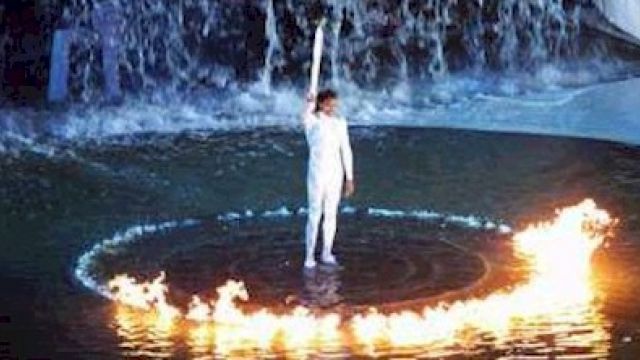 Tim Cramsie explains why the Show Must Not Always Go On.

Even from my school days, the maxim "the show must go on" was drilled into me as I performed and assisted in the rather lavish musicals of Melbourne Boys High in the 80’s.

So, has the old saying actually changed? I have to answer "yes". Let me outline why. On March 30 I was due to attend a performance at the Sydney Opera House. That night the CBD had a power black out.
Arriving at Bennelong Point at around 5:30pm, our taxi managed to get as far as the gatehouse. The guard told us that the building had been evacuated, and that shows may not go on, but we were free to wander around the exterior of the building.
When asked if we could contact the box office regarding a refund if the show was cancelled - we were told there would be "no one there - it’s been evacuated as a precaution". We did get as far as the box office and had an apologetic member of SOH staff explaining that all performances had been cancelled.
As we walked back we saw that we had been lucky. Revised security had decided the entire building, forecourt and surrounds was in "lockdown" and even tourists with cameras were being turned back as the entire site was "off limits". For us, and many others that night, the show/s certainly did not go on - even though the power went back on at 6:35 or so. Safety - more than anything – is the order of the day. Back in the “old” days, the decision to cancel the entire night may have been taken much later and closer to show start time.
This leads into the theme of this discussion. The show now must go on - providing it can do so safely.
Think of the greatest show on earth. Think of the Olympics, with billions watching. In the year 2000 Ric Burch, the master of the opening ceremony, watched while the cauldron got stuck around Cathy Freeman.
In the context of the pressure all of us face who work behind the scenes in live events, can there be no greater pressure for the show to "go on" exactly on schedule than here? Yet, the agonising time taken while nothing happened was taken up with crew doing a visual safety check.
Ric Birch told the ABC’s Lateline program in 2000 "The myth has a little bit of truth behind it, like all great myths. But there was 35 minutes worth of gas on board [the cauldron]. Before we did the final design, I asked the tech director, "What happens if the cauldron does have to stop somewhere along its journey?" The reason it stopped on the night was a faulty switch. Nothing got stuck, nothing got jammed. It was just a switch that said it wasn't locked in position. Once the guys checked it and found it was OK, they overrode the switch and the thing moved on."
Even in this, one of the most pressure filled situations, where the delay in giving a "go" cue for the mechanism brought the attention of most of the world's media, health and safety still took precedence. A visual check to make sure the mechanism had engaged needed to be taken before a faulty switch could be overridden. They had a procedure in place. How many of us, sitting in the technical director's chair (not Birch I should mention) would have had more than a little temptation to give that "go" cue and hope it will "be alright on the night"?
According to Birch, they would have been OK as it turned out, but that risk was not to be taken
The imperative to incorporate health & safety procedures has become common for all of us in corporate events over the last few years. 10 years ago, I could have given you examples of work practices that we would not dream of now – especially if it was a direct client request. This is not just a question of the impact on premiums of workers compensation insurance if there is a claim.
There is also the very real criminal implication resulting from the Occupational Health & Safety Act and failing to do "due diligence" in our "duty of care".
But what are the implications for those of us who engage in non-professional theatre? Does this absolve us from a duty of care to those (technically) under us as stage managers or technical directors who may have far less experience than we do?
While I'm sure the answer has always been "no", the imperative for me now, would be to make sure that in any artistic planning, some form of policy and procedure has been put in place - in case the event "runs out of gas" at the safety critical points. Some record of formal induction for cast & crew and a safety briefing on emergency evacuation may form a very useful piece of protective evidence should the worst occur.
Is this “thought-piece” designed to curtail creative flair and artistic risk taking because of the potential legal penalties should the unthinkable happen? Not at all. Mr. Birch’s ceremony in 2000 had a very young Nikki Webster doing some very hazardous things. Even that Cauldron had some inherent hazards associated with Cathy Freeman, but they had procedures in place, and followed them, even with the world developing that cold sweat waiting for the flaming disk to move. Nine years later and the regulations are even stricter now.
An example of how the next generation of production crew are being trained might be seen from a recent HSC exam for "the entertainment industry". A multiple choice question reads along these lines:
What is the most appropriate action for the technical operations manager to take in the event of an emergency during a performance?
(A) Evacuate the cast.
(B) Notify the performers.
(C) Secure the backstage area.
(D) Follow the organisation’s procedures.

How many of us, who have Stage Managed a show before, would be surprised to know that the correct answer is not (A) or (B) or (C)?

The real question remains, if something serious does go wrong, how many of us actually have a recorded emergency policy or procedure to follow?