When Will LED Kill the Luminaire Star? 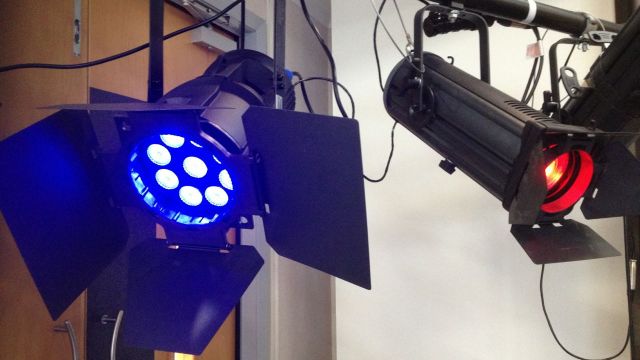 LED lights are becoming more powerful and more cost effective. They also have the advantages of colour control and much less heat and electricity usage. But traditional luminaire lights still dominate most theatre lighting rigs. How long before that changes? David Spicer put the hard word on Stuart Mitchell from Philips Selecon in New Zealand.

DS: How long before LED lights are dominant in the theatre?

SM: In the broad sense it will be 10 to 15 years before it completely dominates tungsten lighting.

DS: What is ratio now?

SM: In civic and community theatres LED comprise less than 10% of the lighting rig. There are no fully blown LED rigs in NZ at this stage. It is possibly going to change in the next couple of years and that is going to be a watershed for everybody. It will prove you can do LED theatres completely. The main hold-back is that everyone has still got their traditional tungsten infrastructure.

DS: And they’ve got their Selecon ones which last a long time?

SM: Yes and it is not just about the luminaires but it is about the dimmers, more importantly. You’ve got a lot of infrastructure built in through that power system.  While it is still there they may as well use it.

DS: With Europe requiring theatres to save on power, will that radically change the industry?

SM: It will from a new build point of view. They will change lamp specifications and as older luminaires need to be replaced it will be harder to replace them with existing tungsten product.

DS: What is the rule of thumb for the price difference between the two?

SM: That is a two-edged sword. If you are buying a traditional mini Fresnel you will pay anywhere from $350 to $550 depending on the brand and type. You can buy very few LED Fresnels. We have the first one. At the moment an LED is two and half times the cost of a traditional tungsten one. But it does not run on a dimmer pack. It runs 150 watts max in comparison for a single mixed colour LED versus 650 watts for a Tungsten one.

That 650 watt lamp will last you 400 hours. The LED Fresnel has an operation life of 35,000 hours.  For a community theatre we would expect you would be running that Fresnel for 20 years with no colour changing and no lamp changing. No use for a dimmer. Over the length of its life it will probably cost you a 20th or a 30th …for power (plus man hours in maintenance). How does the cost compare? In the long term the LED is much cheaper.

DS: What will be the tipping point for LEDs will be when the price comes down?

SM: I don’t believe there will be a tipping point. It will slowly continue its march into everyone’s psyche as things progress and different theatres have to do their change outs. We put nine traditional dimmer packs into Toi Whakaari (NZ National Drama school) two and half years ago. They asked me why we didn’t use LED. I said simply because you’ve got the dimmers. When those dimmers come up for renewal in ten year’s time we will be having quite a different conversation.

DS: And the price is coming down?

SM: People are beginning to understand what is involved when they see a price.  As I said before $400 or $500 v $1000 doesn’t sound very economic until you take the long term impact of LED into account. Even when a community theatre that is running 48 channels of dimming (which would be 12 to 20 kilowatts of lighting) come up to renew their gear, I can say I can make that 3 kilowatts and you can start to remove your dimmers and major power draw from building, they will start to consider but not until that gear becomes necessary.

I’ve just done a generalised plan for a new, small school hall and given them an LED option that had $5500 less gear required because they won’t need 3phase outlets, dimmer packs and the associated cable etc.  These are the savings that LED installations will continue to make.  Balanced with the slightly higher purchase price of good LED lights, the customers will make really positive long term savings.