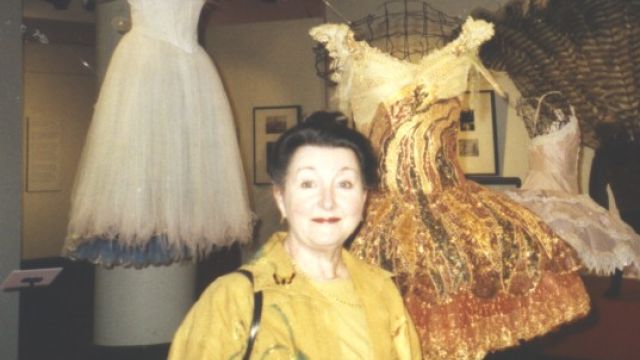 What do Mick Jagger’s ghastly hipster ‘trews’ and the Mornington Peninsula Theatre Company’s production of Madama Butterfly share in common?
Both have had the touch of costumier extraordinaire Heather Peake.

With a constant parade of stars and crew from the BBC studios just across the road, there was already a touch of theatre when Heather Peake attended Art College in Lime Grove, Hammersmith (London). Fashion and theatre crossed over in swinging 60’s London, with Carnaby Street inspired by pop stars, and fashion vibrant with inspiration from avant-garde designers.
Heather designed pop gear for friends in Carnaby Street, including that ghastly pair of hipster ‘trews’ for Mick Jagger.
While still a student Heather was recruited to revamp hats for the film My Fair Lady. Mute with admiration, she learnt much working with legendary designer Cecil Beaton.
Heather was recruited to work on the Sydney production of Sondheim’s A Funny Thing Happened On The Way To The Forum. In Australia she discovered vibrant active small theatres with committed professionals from ballet, opera, stage and T.V. - Viaduct, Playbox, St Martins and others - who set a high standard on minute budgets.
There were big budget productions too. One required Heather to take over a clothing factory, where a dozen bewildered sewing ladies set to work on some of the largest opera costumes ever. Fabric was bonded on to foam, filling over 2 metres of stage per chorus member. As the beginning of the chorus line was exiting stage left at the Princess Theatre, others were still entering stage right.
Also memorable was taking her workshop to the aircraft hangers at Essendon to film Rudolf Nureyev’s memorable production of Don Quixote. They were very exciting nights, working into the wee small hours - sometimes sleeping on piles of scenery canvas to keep to the schedule.
Last year, 35 years after it was created, this production was re-staged, giving some idea how well costumes must be made; a masterful constructions which must be able to come apart for cleaning and readjusting to fit new performers. Often only the principals get new costumes.
Heather’s involvement with education included running an innovative department called Show Biz at Prahran, and starting a costume-making course at Swinburne University.
She also held an Exhibition of Costume Art and Engineering, aptly titled Bleeding Fingers. The title ‘ … expressed the toll which is necessary to achieve the end result … ’ Heather said. ‘A good costumier must be in tune with a designer and have an encyclopaedic knowledge of art, history, social science, fashion, material and lighting - all to fit the most complex moving structure, the human form …’ she continued.
Heather is still involved with costumes, designing and making costumes for many events at Beleura House and Garden, Mornington, including MPTC’s recent opera, Madama Butterfly, held in the lovely grounds of Beleura.
Andrea Ford 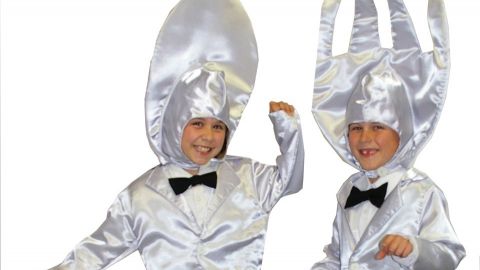 Tracey Nuthall from Costumes Without Drama makes a priority of caring for costumes after a performance. “We are fanatica ... 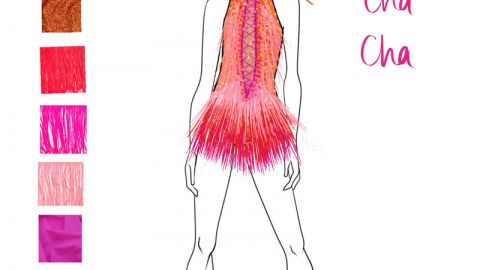 Making Your Own Costume Shine

Tanya Szulc from Shine Trimmings & Fabrics says making your own costumes should not seem like a daunting task. T ... 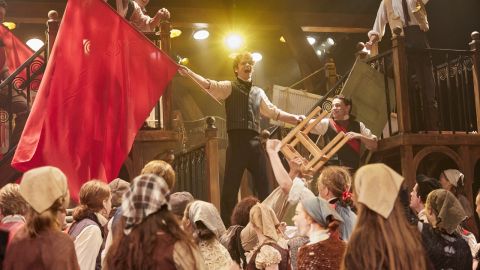 Taking it to the Next Stage

Stage School Australia’s The Staging Dept in Melbourne is a treasure trove of theatrical sets and props, many pro ... 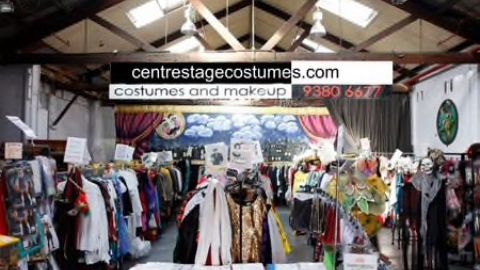 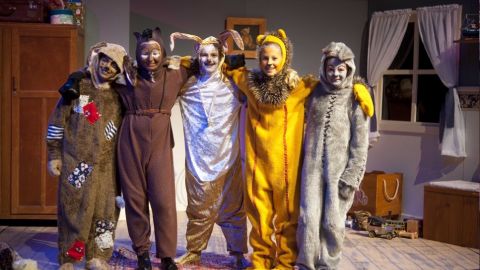