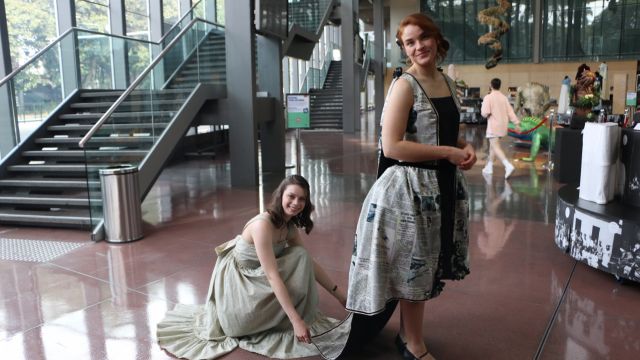 What is the theme of the costume?

The theme of the costume is invisible poisons in textiles with a specific focus on the tragic story of the 1920s “Radium Girls” who painted watch dials, with radium paint, for the Radium Dial Company.

Why did it interest you?

The topic of poisons in fabric throughout history and the health effects on the people who wore them fascinated me. Examples of this include arsenic used to dye dresses in the Victorian era and mercury used to stiffen hats leading to the term the “mad hatter”.

It was when I was listening to the podcast “My Favourite Murder”, which covered the story of the 1920s Radium Girls who painted watch dials with poisonous radium paint, that I decided to create a costume to draw attention to their tragic story.

In summary, the girls who were employed to paint watches in the 1920s were being poisoned. The watches, used by soldiers in dark trenches, were painted by the girls using radium paint for its night-time glow. They were instructed to use a technique called “lip pointing”, which required the painter to place the tip of their brush in their mouth before dipping the brush in the paint, to produce a finer brush stroke. After their shifts working at the factory, the girls’ clothes would glow in the dark when they were walking home, due to the radium paint particles coming in to contact with their clothing. They became known as “the ghost girls”. Essentially, the girls were slowly poisoned by the radium in the paint, became ill and eventually died. 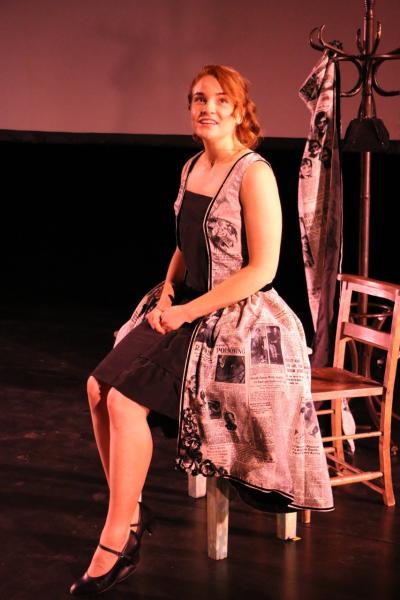 What is the dress made of?

The under layer is made up of a black linen, cupro and tencal blend. The outer layer is made from 100% polyester taffeta, which has newspaper articles from that period of time printed on it and which glows in the dark. I chose this fabric as it was commonly used in the 1920s for the robe de style and it is also suitable to run through the sublimination printer which heat sets the newspaper articles onto the fabric.

The dress is finished with UV paint (non-poisonous) to create the glowing effects of the radium. 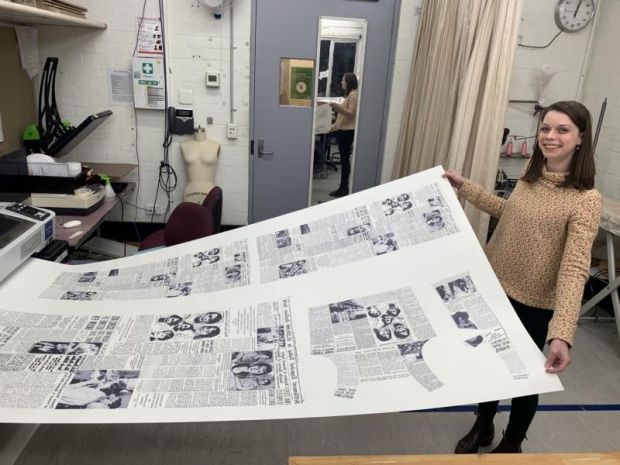 Any unusual processes to create it?

To create my newspaper fabric, I had to produce my pattern to fit the newspaper articles into the exact shape of the garment. I then used photoshop to edit and adapt the articles I found in the archives of the New York Times and the Chicago Tribune to ensure their best position on my pattern pieces.

The newspaper articles need to be warped slightly in order to create a visually straight line on a 3-dimensional body. I created my very own newspaper fabric by using the process of heat setting, which transfers the sublimation print from a special paper onto textiles.

To ensure that the underdress aligned with the overdress and to also fasten the cape, I used magnets, which I covered with fabric to fasten them in the perfect position.

When painting the fabric with the UV paint, I used the lighting studio. NIDA Technical Theatre students assisted me by rigging UV lights so that I could see the paint I was applying. 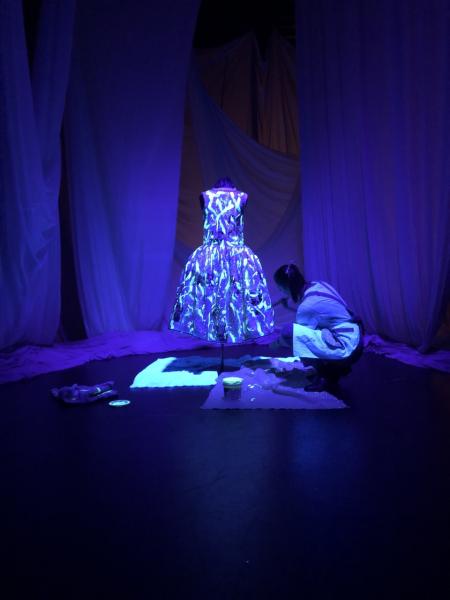 How long did it take to make it?

I spent approximately 67 hours on my project. This included 40 hours on pattern making, cutting, fitting and construction, 24 hours creating my newspaper print using photoshop, and three hours spent in the lighting studio painting.

How do you look after glow in the dark costumes?

Glow in the dark costumes created with UV paint need to be heat set at 160 degrees for 2 to 3 minutes to lock the paint into the fabric permanently. I would choose to hand wash the costume delicately and let it dry naturally. 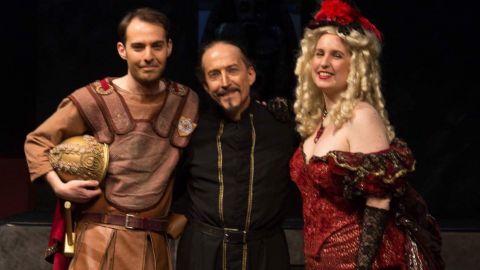 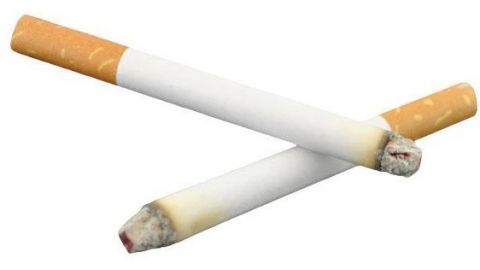 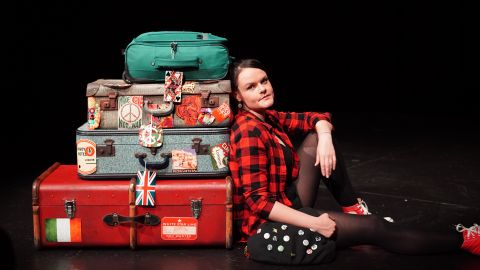 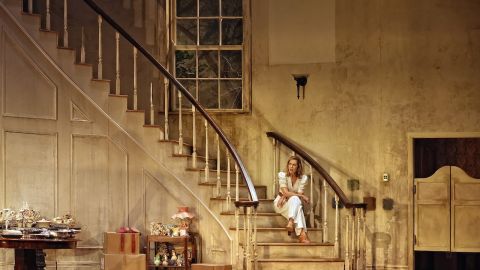 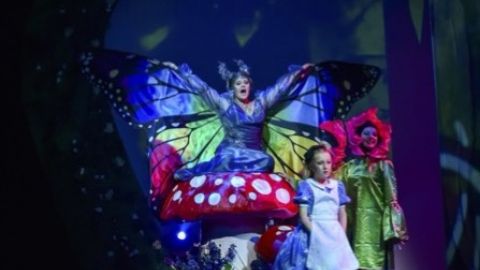